Would You Believe It??

Yes folks, we were sick...AGAIN!!  After the first snow storm Ian was the first to catch the flu.  Was it the flu?  Who knows!!  All I know is that he had fever, chills, aches, full on head cold.  The poor guy.  He was in really rough shape.  And then poor Tyler caught it and ended up with 103.5.  He was also in rough shape.  Then Kendall and I but thankfully we caught a bit of a lesser version of it sans fever.  We had more of a sinus cold than the full blown symptoms that the boys had and SO far (knock wood!) Ari has remain unscathed!  Let's hope it stays that way!!

In any event, there hasn't been a ton of formal schooling - the way we do school, going on these last few days.  We were able to have school during last Monday's storm and a bit into last week.  We schooled through Thursday and then Tyler felt terrible on Friday so we took that day off.  When we have those kind of days, when one of the older children are sick, I basically call it a "day off".  But in our world there is no real "day off".  On our non-formal schooling days I let the children watch some mindless television in the mornings before everyone is awake.  After that they are allowed to do art, play games, puzzles, pretend play, etc for the majority of the day.  On Friday when Tyler felt terrible I let them watch a movie and later in the day they each had their own separate screen time.  This means that they can choose either iPad or Wii time and play for a specific amount of time.  I find that if my children play any more than one hour they start to get grumpy so I cap it at 60 minutes max.  If they'd like they can break that time up and do 30 minutes on the iPad and 30 minutes on the Wii.  Or any combination they'd like.  This seems to break up the lengthy afternoon/evening time when they've done a lot of other things during the day and are simply looking do "brain dump".

Our house is small so unless they head up to their rooms we are basically all together all the time.  I love this but every once in a GREAT while it's nice for everyone to have a little bit of breathing room and space.  However, we made the best of being stuck inside for days on end and I already miss the togetherness of the past week!

Yesterday (Monday) was yet ANOTHER big snowstorm here in the Boston area with our town picking up 14 more inches of snow!!  It's the kind of snow that is almost too deep to go out and play in coupled with the fact that it was no more than 15 degrees out and the kids were just getting healthy, we were yet again, stuck inside.  We read, painted, played and watched shows on Ancient Egypt.
I'm trying hard to release my intense fear that they aren't learning "enough" on the days that we don't have formal school.  When I say "formal school" I mean the way we do school.  We meet in the classroom everyday no later than 8:45 am.  We proceed through writing, grammar, spelling, reading, math, art, science, history, science and other lessons depending on the day.  The children and I work together and independently.

On days "off" we don't meet in the classroom per say but I "open" the classroom which means I turn on all of the lights/shades, I turn on quiet music and I will put out a selection of items (art supplies, books, games) that the kids can use as they see fit.  Almost always, even on days off, they gravitate into the classroom on their own volition.   This tells me that they really and truly enjoy the space - which was critical when we designed it, but that they are also feeling comfortable and happy in their learning.  This above all makes me so happy.

So today we attempted to get back to our regularly scheduled programming.  It worked, just not in the way I had planned.  And this, my friends, is what I am working on getting better at.  Ari is in the process of transferring from 2 naps (am and pm) to 1 mid day nap.  He seems to do well when he goes down around 12:30ish which usually brings him to about 3:15pm for naptime.  I can't complain about this with the exception of the fact that I need to learn how to be with him AND teach the children at the same time.  My children are creatures of habit and do well with our routine.  Today, Ari did not nap in the morning as he seemed to want to.  So after he went down and was quiet for a little bit the children and I started school.  My MIL gave us two amazing books on Ancient Egypt.  This one: 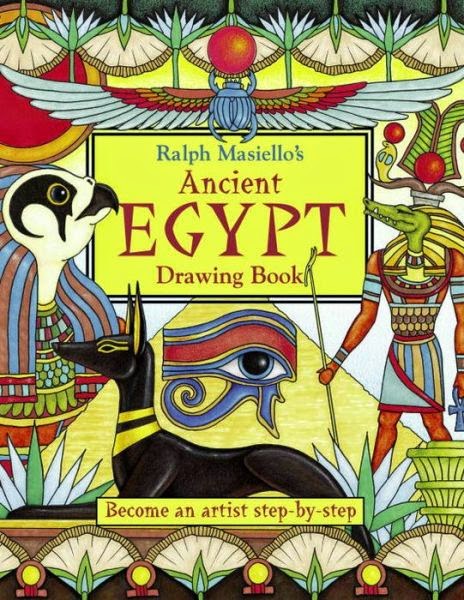 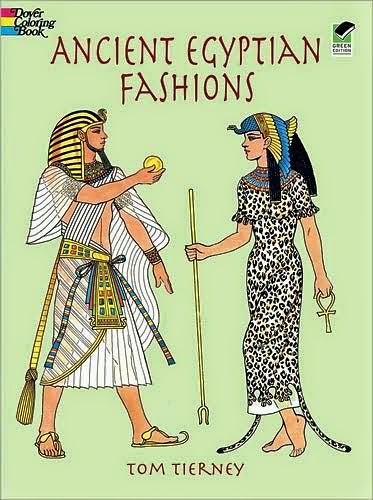 They are AMAZING!!  Over breakfast, I asked the children to peruse these books and find one thing in the book that they wanted to teach the other child.  Kendall chose a selection from the drawing book and Tyler chose a page from the fashion book that interested him.  They had to read the information on the page, explain why they chose it and specifically what interested them about it.  I then had them teach us about what they learned.  It was a great way to start the day!  Kendall taught us how to draw an accurate pyramid, complete with scenery around it and Tyler taught us about some special dress during the "Old Kingdom" of Egypt. 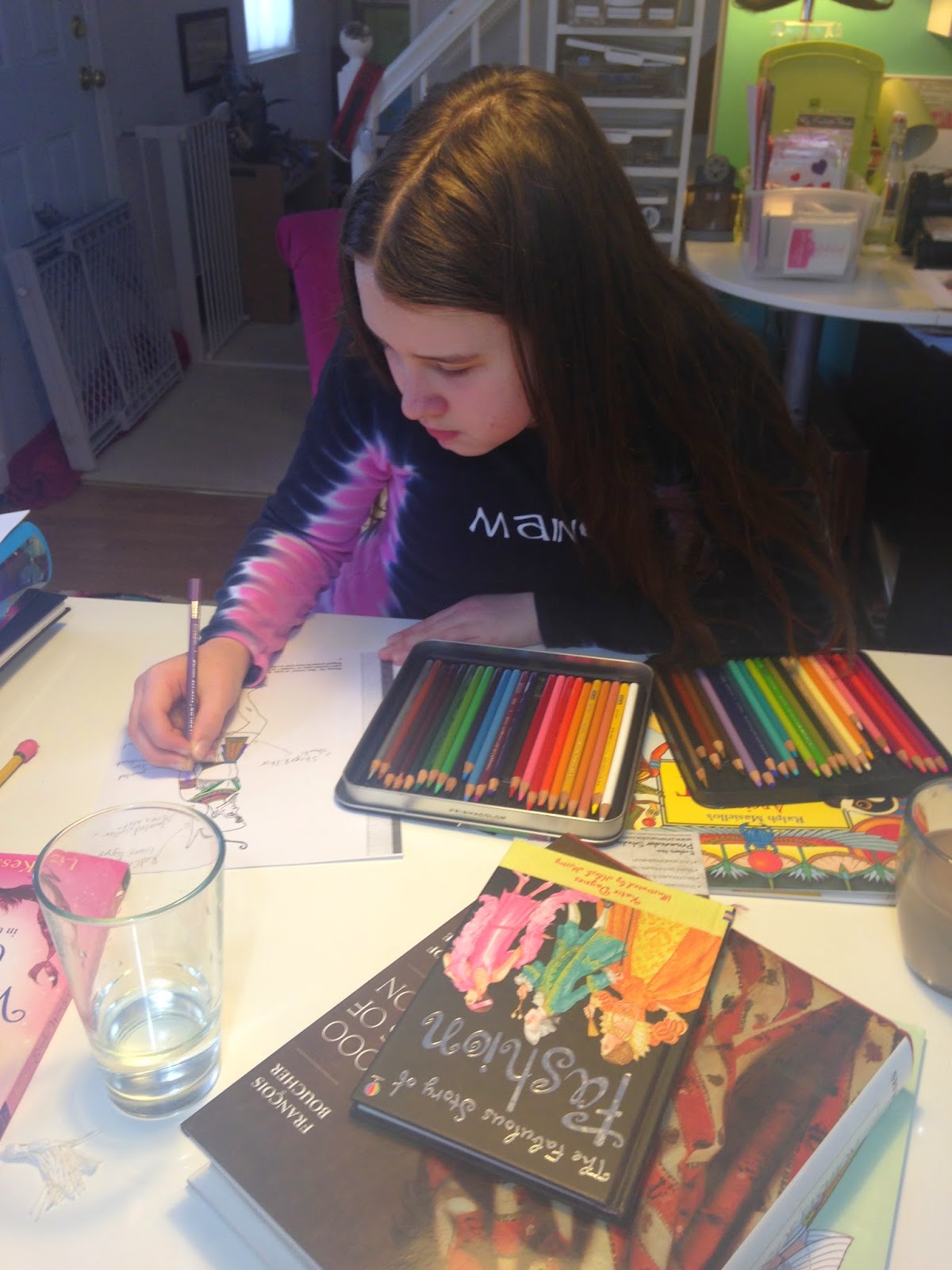 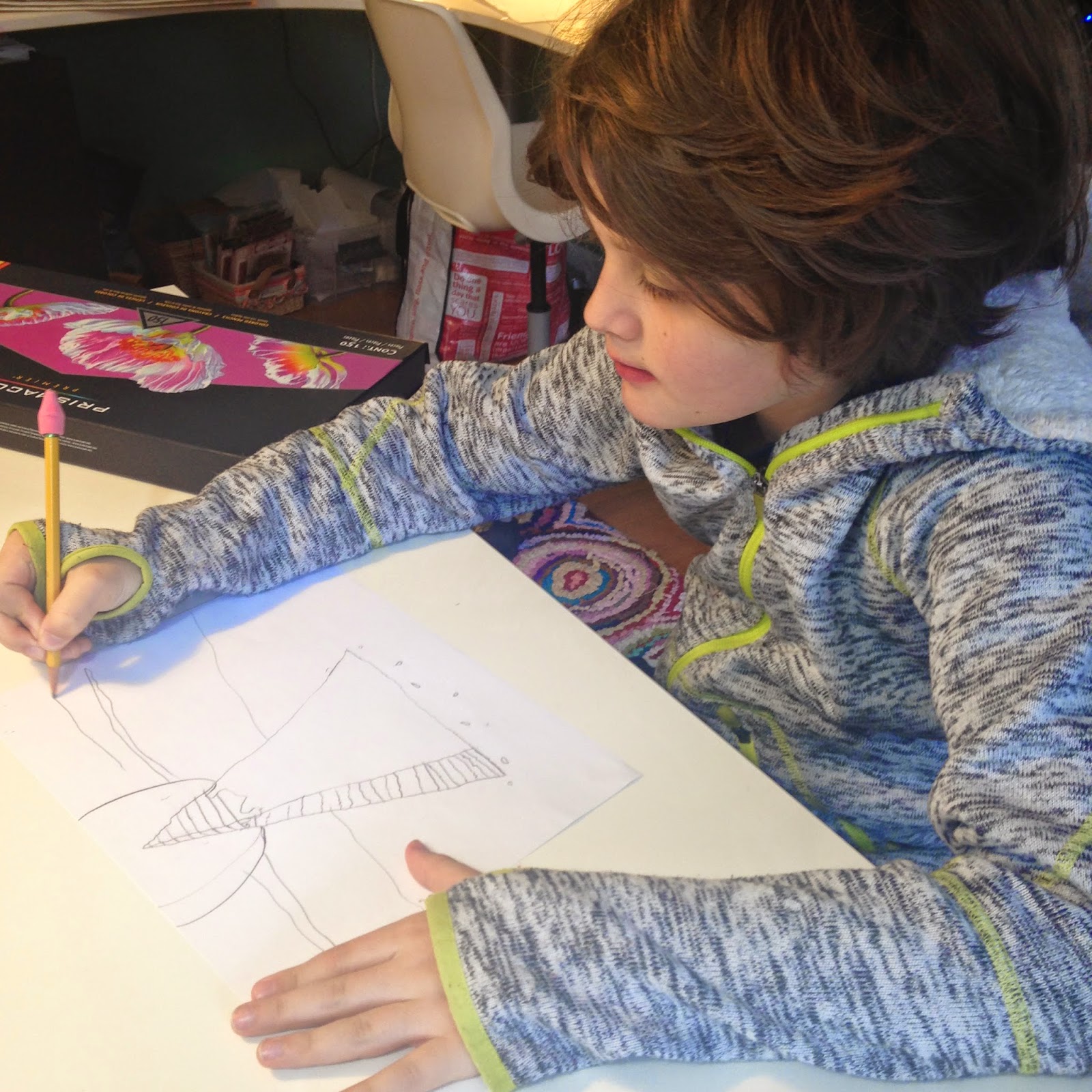 After this I had the children  move onto spelling and handwriting.  Tyler has started cursive and is coming along quite nicely!  Kendall combined her handwriting with their spelling today.  After this small amount of work had been accomplished Ari had decided he definitely wasn't napping and started letting us know this by tossing his favorite friends right out of his crib!  I definitely know when he's going to go down versus when I'm not going to win the battle so I knew I had to switch gears.  I asked the children to finish up the things they were working on and get geared up to go out for a couple of errands.  I had to get some more supplies to complete my future sister-in-law's bridal shower invitations and I needed a few things at Whole Foods.

I have to admit, this type of gear switching does not come easy to me.  I get set into a mode in my head where I think the day is going to go a certain way and when it does not I consciously have to stop myself from getting frustrated and I switch into "I need to roll with this mode".  Which unfortunately does not come easy to me.  I am what some might consider a little controlling.  I wouldn't go as far to say that I'm a control freak - but we might be bordering somewhere in that neighborhood.  I can't help it.  I've never, ever been a "go with the flow" kind of person.  I am able to do it when need be as I don't want to inconvenience others by my need to control the when and where of things but I will admit that it kinks me out when situations don't go as I expect them to.  But with all that said, homeschooling has definitely challenged me to look at this part of me and learn to adjust when needed.  So everyone got bundled up and out we went.

As an aside, my darling mother-in-law gave me a coat last weekend that was my father-in-law's when he was a boy!  We received a fantastic sport coat from Popeye (this is what my children call Ian's dad) that Tyler wore for years over everything!  Now Ari has a fantastic overcoat to wear ! His parka is great on cold days like this but it is hard to stuff him into the car seat all puffed up!  So today, I layered him with long sleeves and a sweatshirt and put the vintage overcoat on top.  He looked CRAZY adorable!! 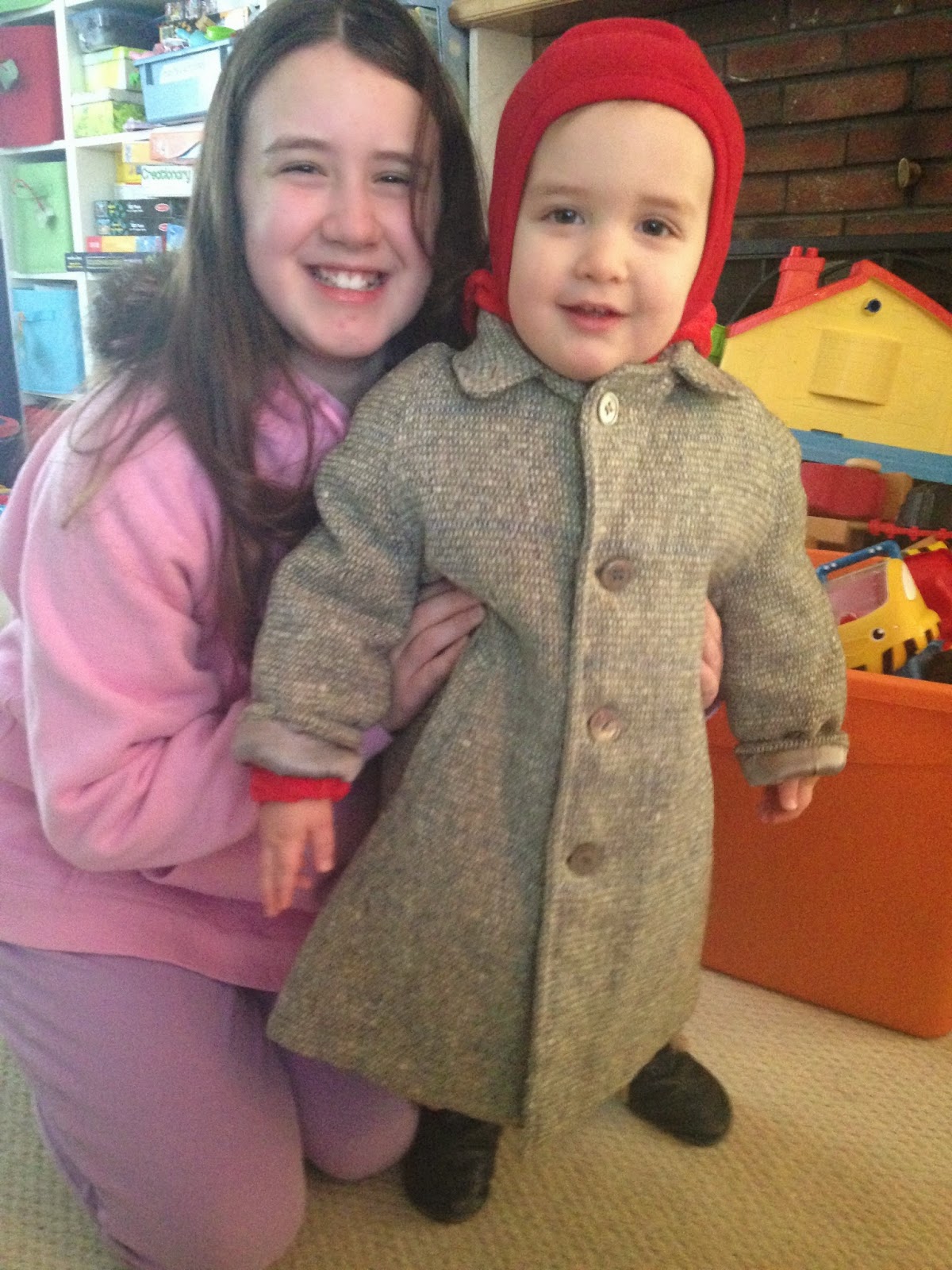 We did our errands and came back and had lunch.  Ari wasn't quite ready to head down for nap so the children headed off for their independent DEAR time while I cleaned up from lunch and Ari played. Once he went down we settled back into the classroom for school.  We did grammar, math, and geography.

The kids finished up their worksheets and we settled into the couch for 90 minutes of group reading.  Kendall is reading this series to us: 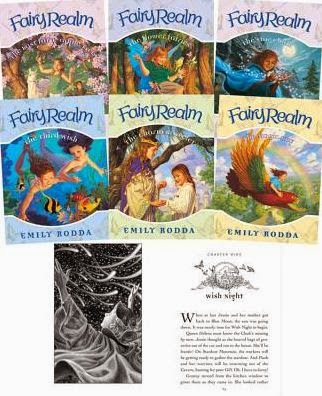 It's an amazing series if you have an 7-11 year old who loves fairies!  It's out of print but you can still get some on BN.com and I scoured the internet for used copies so now she has all of them.

Tyler read to us from the Usborne Books of Greek Myths and is reading a story about Heracles. 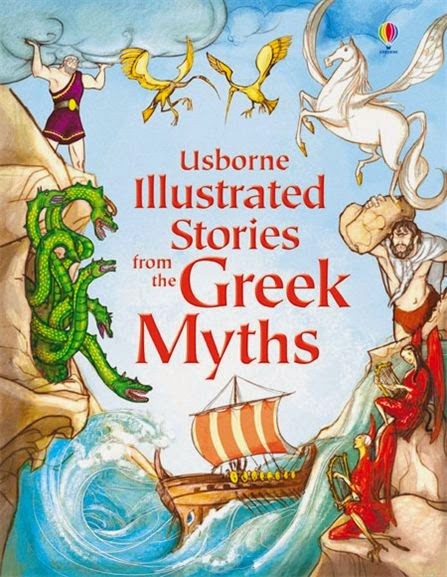 And I've started reading this series to them: 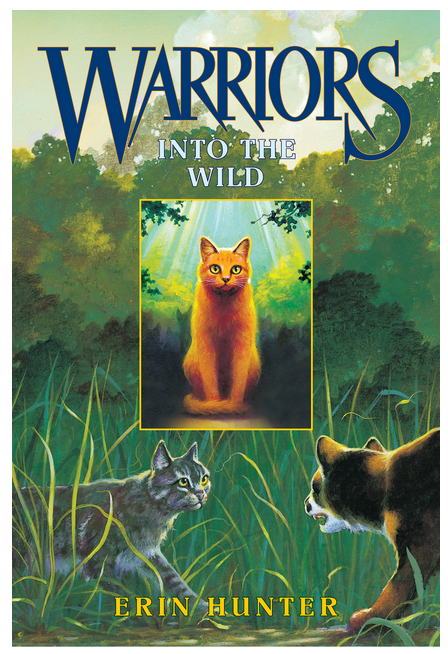 This is by far one of my favorite parts of the day!

After this the children watched a fantastic show on Netflix on the mysteries of the Sphinx.  By now it was time to call it a day!  They had done all I asked them to do!  So what did they do?  They went off to do some pretend play.  They were pretending that Ty's teddy bear, Timmy, was an ancient Egyptian god of the animals!  They dressed him up and brought "offerings" of pretend food and beads as jewels.  It was simply brilliant in my opinion!  It gives me confidence that what I'm teaching is enjoyable to them enough that they bring it into their play world!

The afternoon zipped by with playing, dinner making, tubby time and family art time at the end of the day once Ian got home.