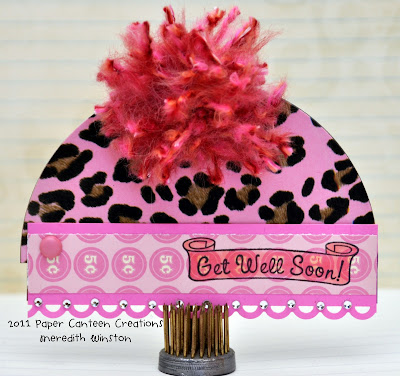 Greetings fabulous Bombshell fans!!  I'm here today to show you how to make this ADORABLE  winter hat gift card holder.  It's CRAZY easy - and let's face it...it's the time of year where it's either easy or it doesn't get done!

First you need two 5" circles.  One cut from designer paper and one cut from cardstock.  I used the pink leopard print for my DP and black cardstock to match. 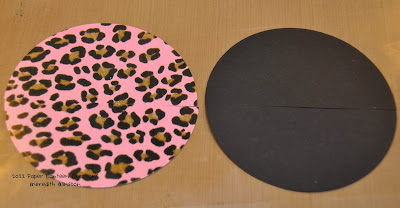 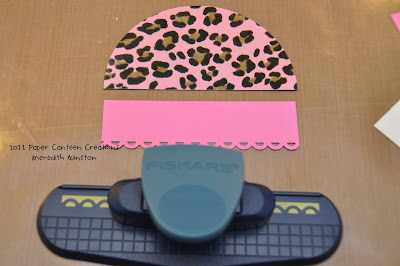 You need a strip of cardstock measuring 5 1/8 x 1 5/8 and a strip of DP measuring 5 1/8 x 7/8.  I used a border punch for my cardstock strip to make it a bit more decorative.  Adhere your DP strip to the cardstock strip.  Now you are ready to make the pocket for your gift card.  Place adhesive on the back of your cardstock/designer paper strip making sure the adhesive is as close to the punched border as possible.  This will give you maximum room for the space inside your pocket. 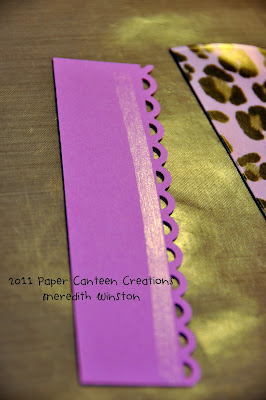 Adhere this strip to the extra half of the cardstock circle that we had from the beginning. 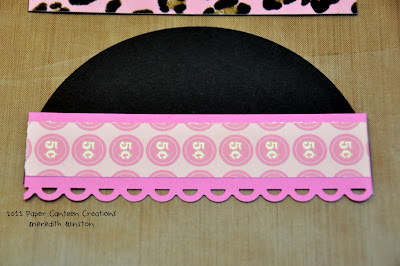 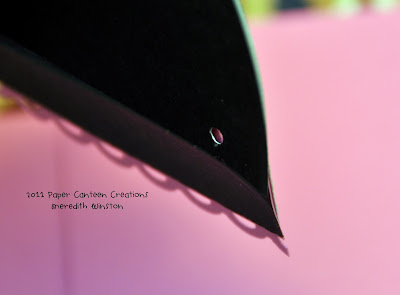 I attached a brad to hold the top of the hat onto the front cardstock piece in order for it to swivel...like this! 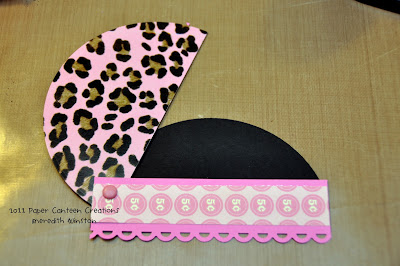 I needed a quick gift for a darling friend of mine who isn't feeling well so I pulled out my Bombshell Banner Sayings set (such a "go-to" for me) and ON SALE and used the 'get well soon' sentiment.  I stamped using my Momento ink and colored lightly with my Copics.  I made a pom-pom for the top adhering it with Glossy Accents and added self-adhesive rhinestones to enhance the brim of the cap a bit more.

Here it is open with the gift card tucked neatly inside! 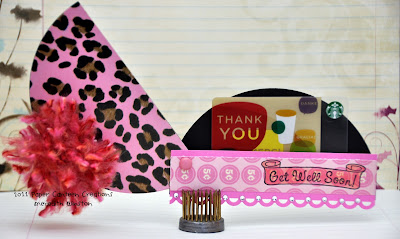 I hope you've enjoyed my tutorial today!!  Thanks for stopping by!!