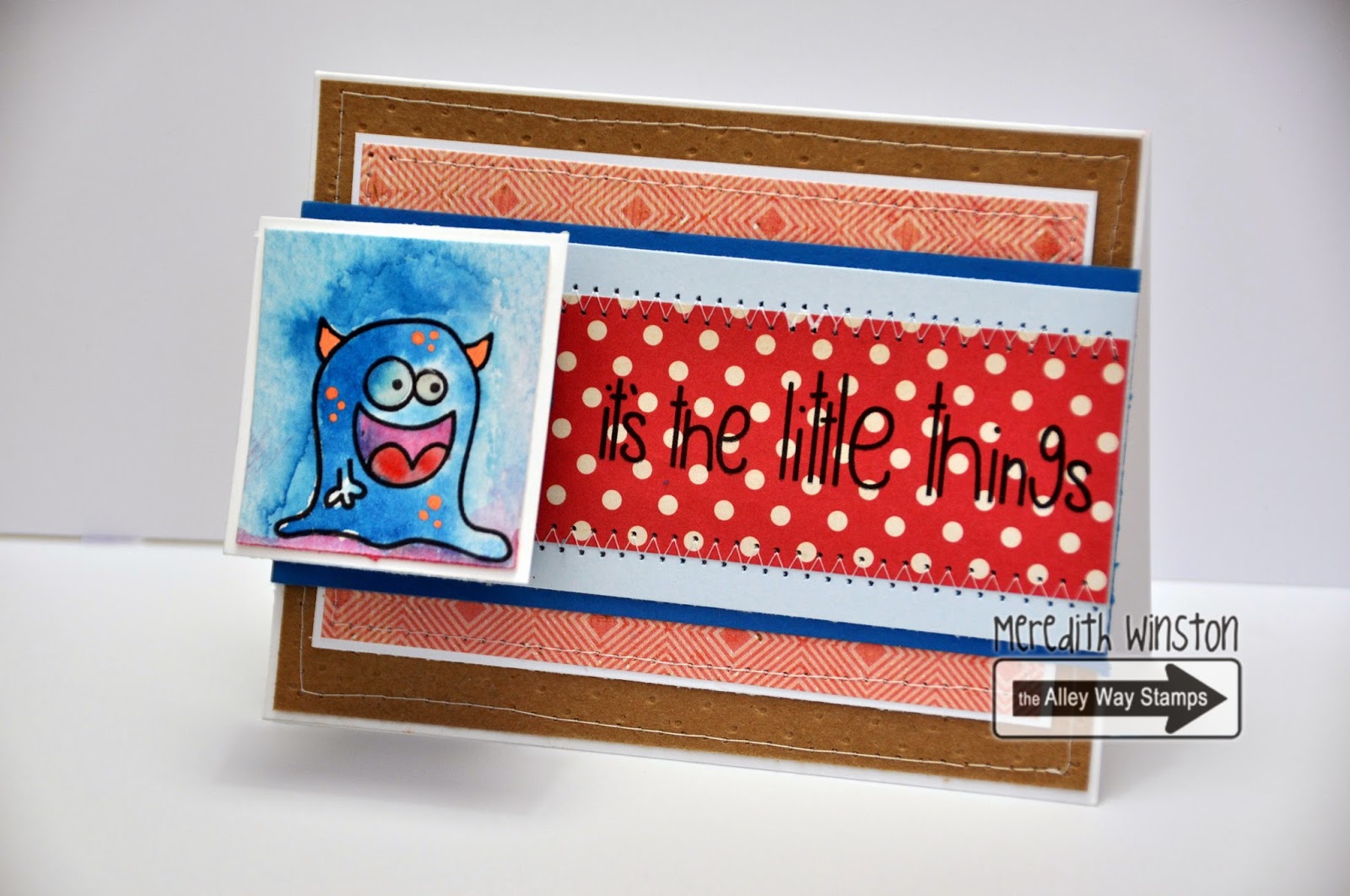 Hi Friends!!  I'm here today to post a simple but fun "wobbler" card!  I'm using the newly released Phone Home set and a great sentiment set called Words to Live By.  I started with a simple watercolored image that I added some orange accents using my Sakura Gellyroll pen.  I used an older MFT sketch for my layout and added lots of stitching for some extra texture. 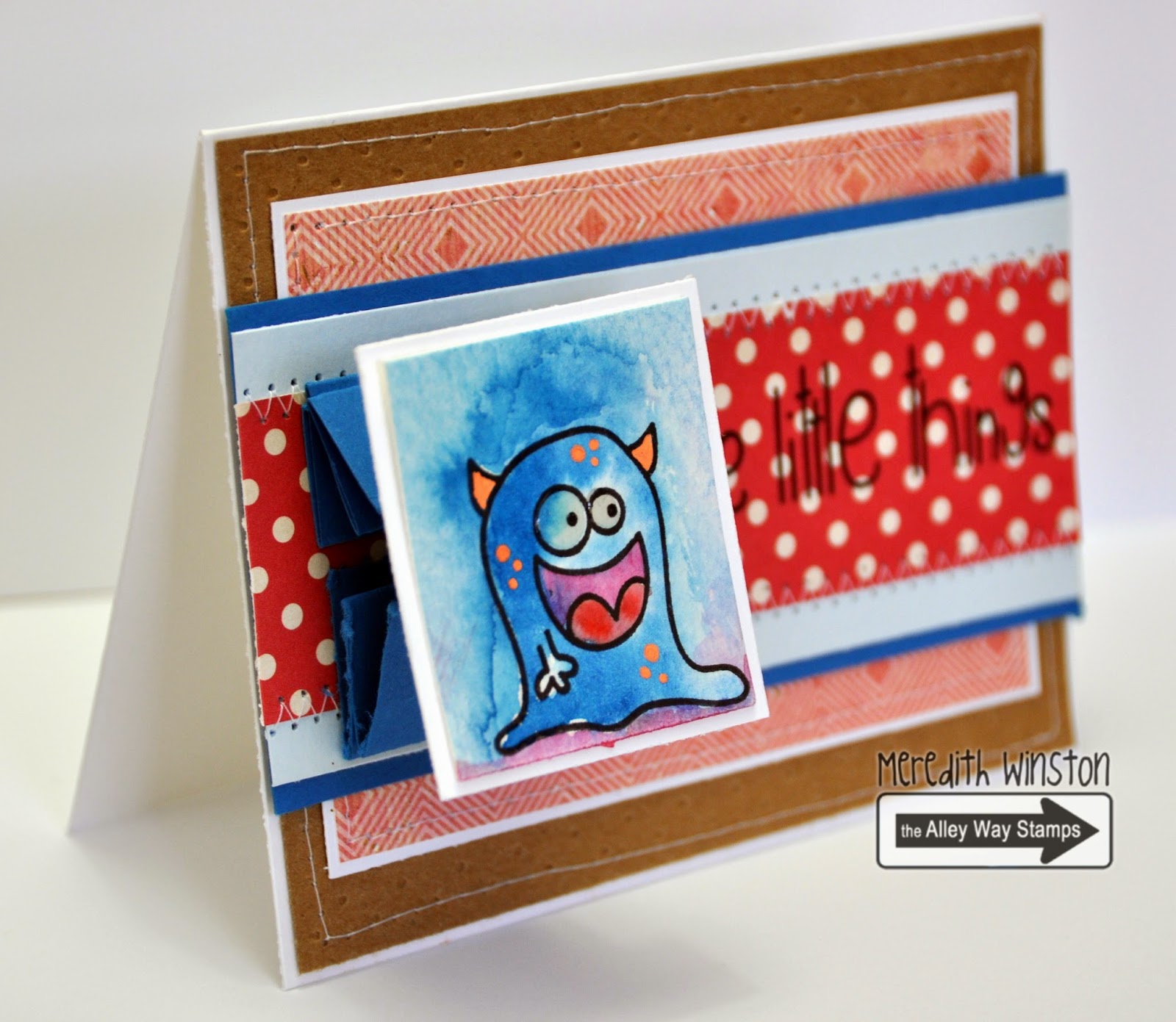 I was going to pop my image up using craft foam but then decided to use some recent inspiration that I saw over at Jennifer McGuire's blog to create a simple "action wobbler" card.  I didn't have any of the real action wobblers on hand so I created my own with some simple accordion folding of scrap cardstock and evenly adhered it behind my panel.  I love that this lies flat in the envelope but "pops" up when opened!  It's super cute IRL. 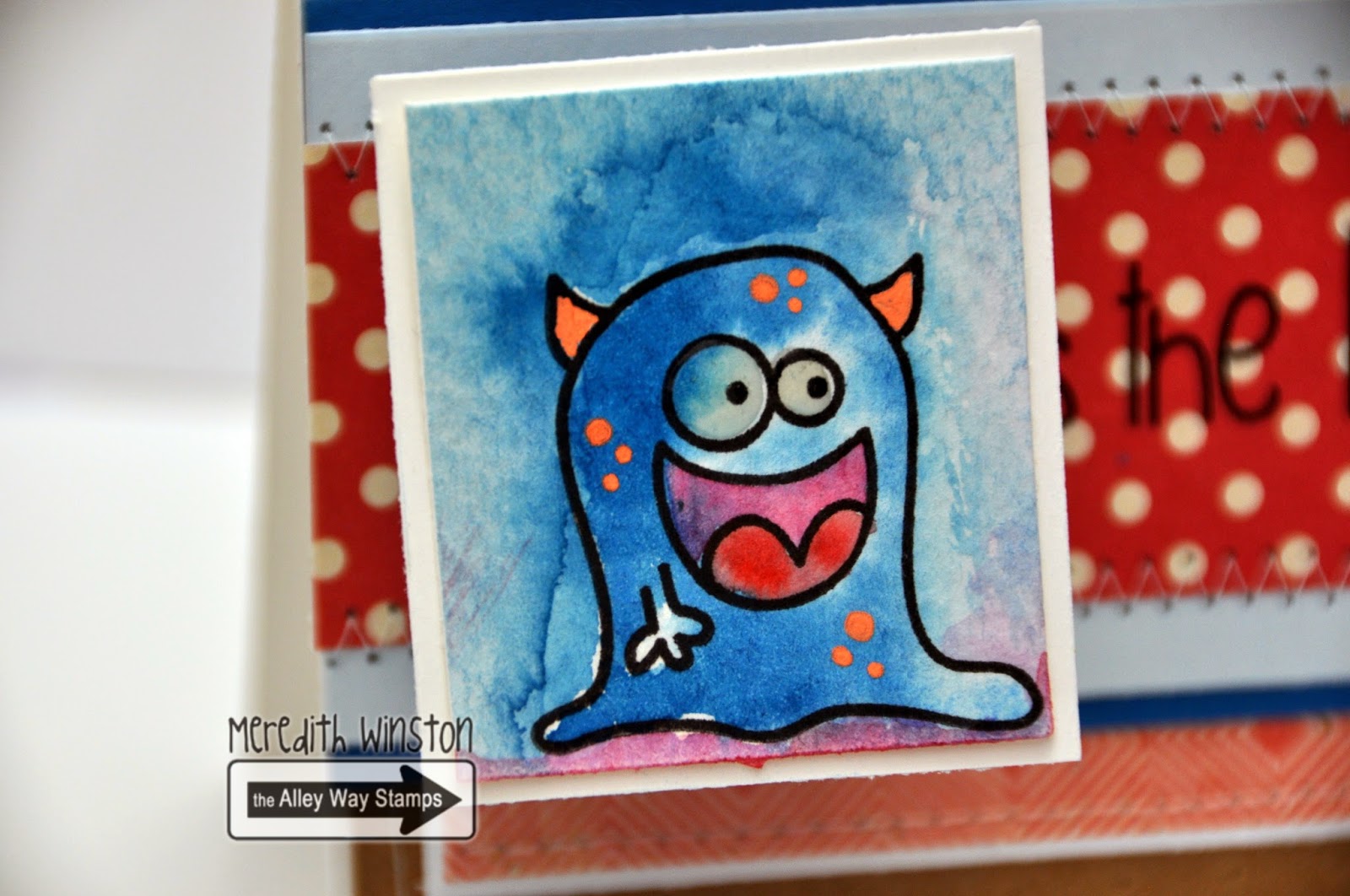 I added some Glossy Accents to the eyeballs but it's hard to capture in the photo.  Thanks so much for coming by today!!

Crafty Hugs!
Meredith
Posted by CraftyMomOf3 at 7:00 AM

what a cutey card! your watercolored little monster is super fun!

have a great weekend! :)

the article is very petrifying, hopefully it can be useful and an important lesson.