Oh it's one of those days where I look at the calendar and say "Thursday?!?!  How did it get to be THURSDAY already!?!?"  I love it and I hate it when that happens.
Anyway - we started our day per usual.  I made the kids cinnamon vanilla granola crunch french toast topped with sliced banana drizzled with melted peanut butter for breakfast.  Yes you heard it right cinnamon.vanilla.granola crunch.french toast. sliced banana. melted peanut butter.  Talk about YUM. The kids were in heaven.
We did our pledge followed by yoga.  We then did some journaling about what makes them feel proud and what that means to them.  I love LOVE their answers. 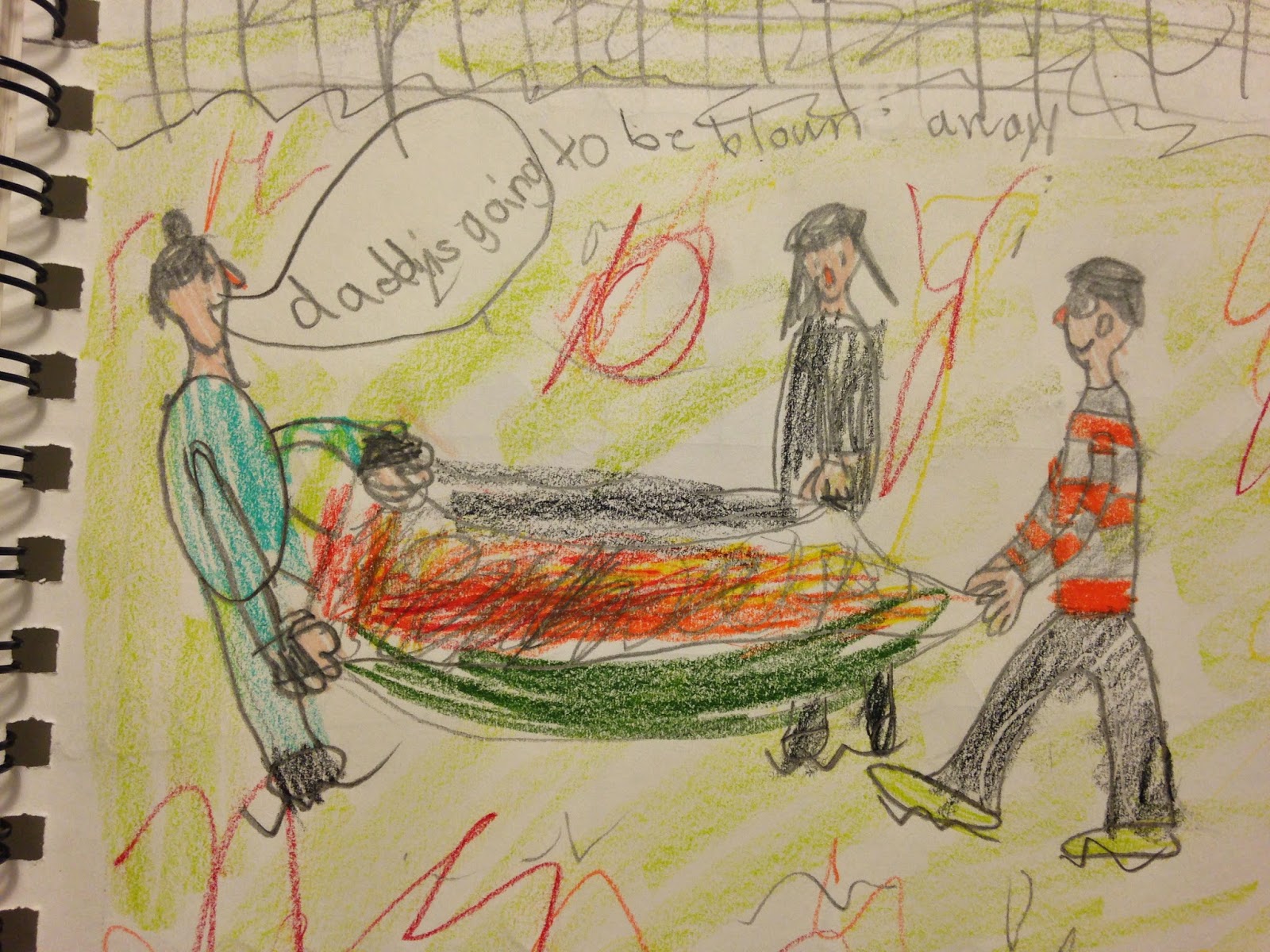 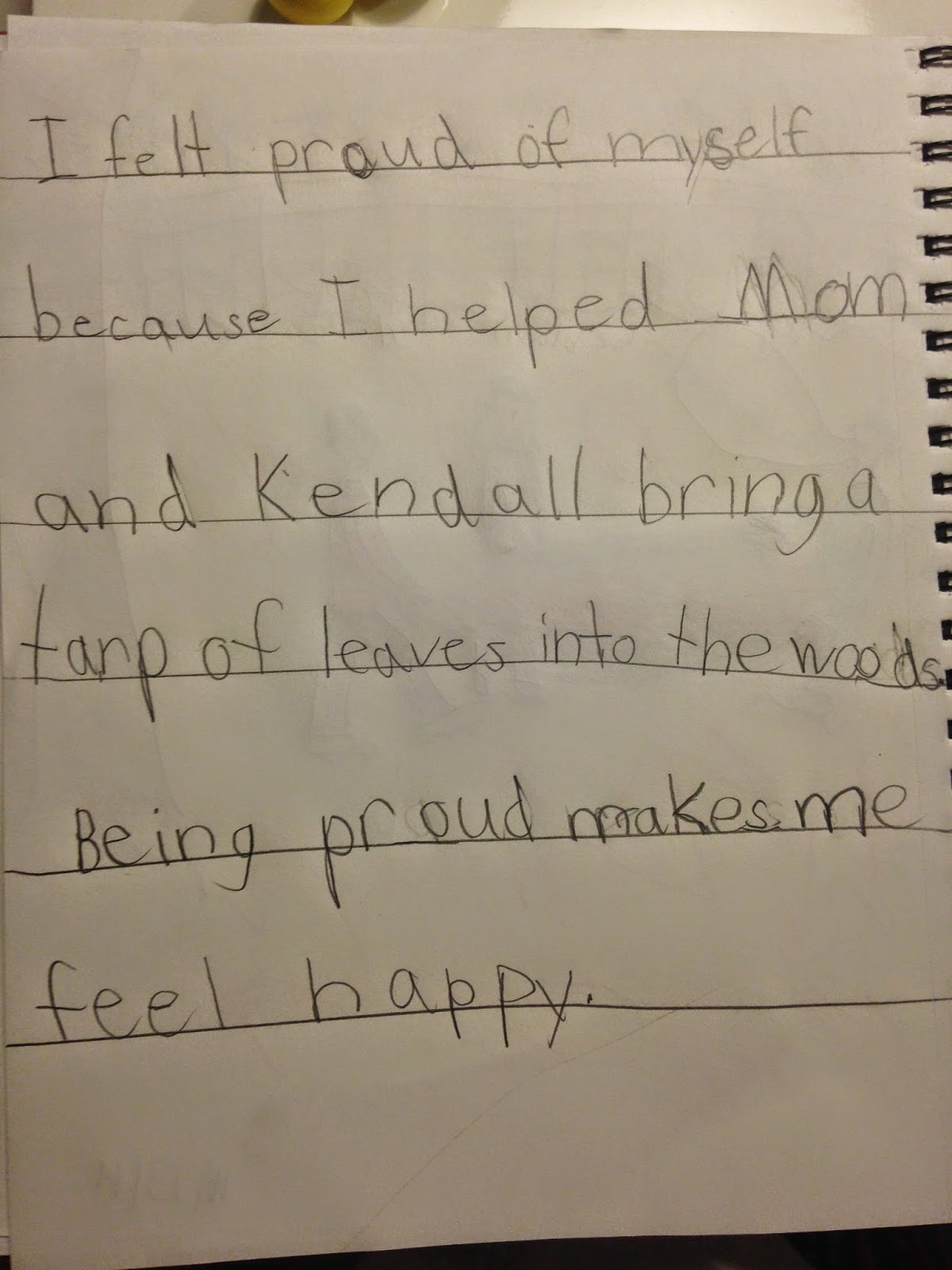 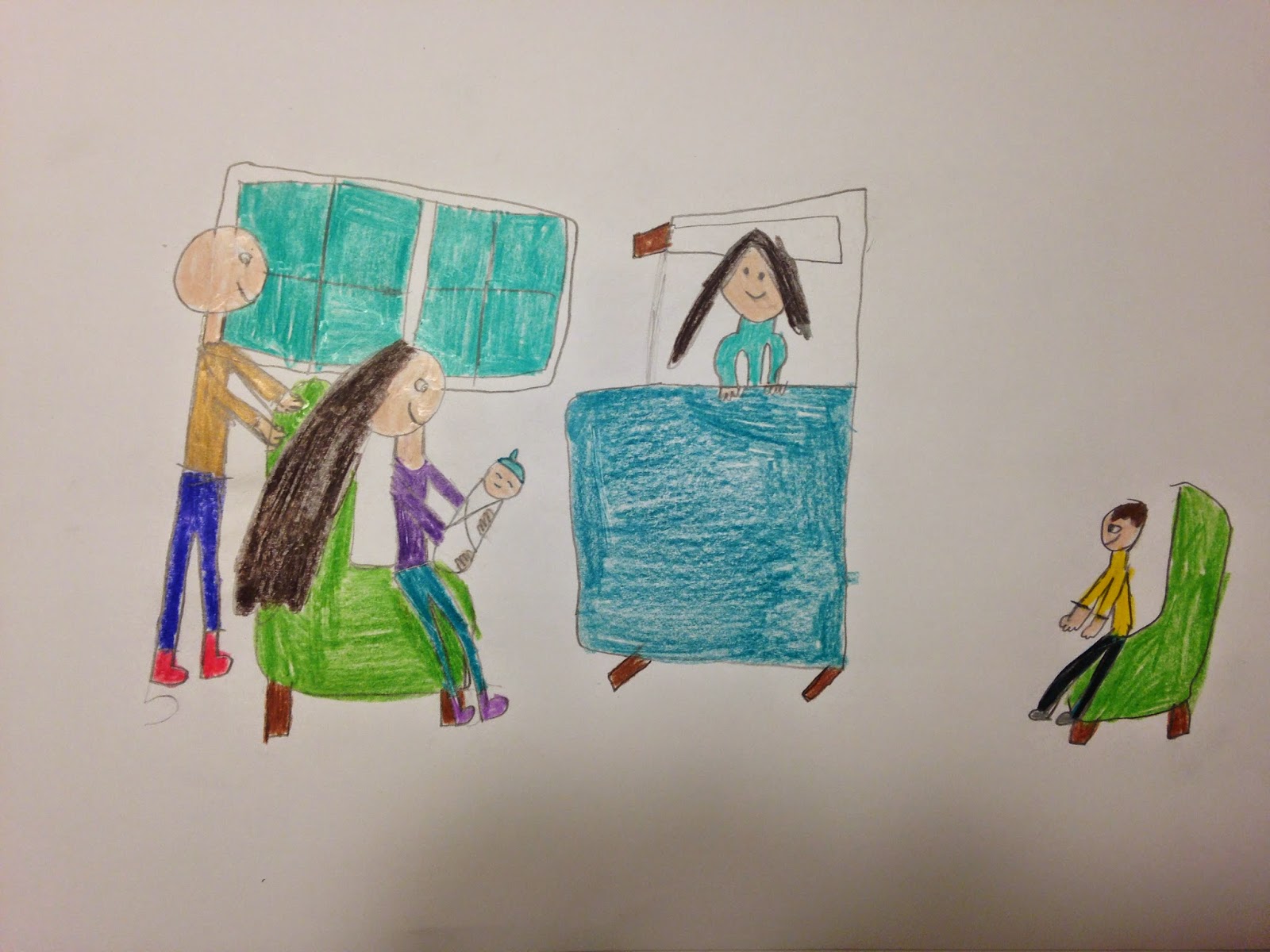 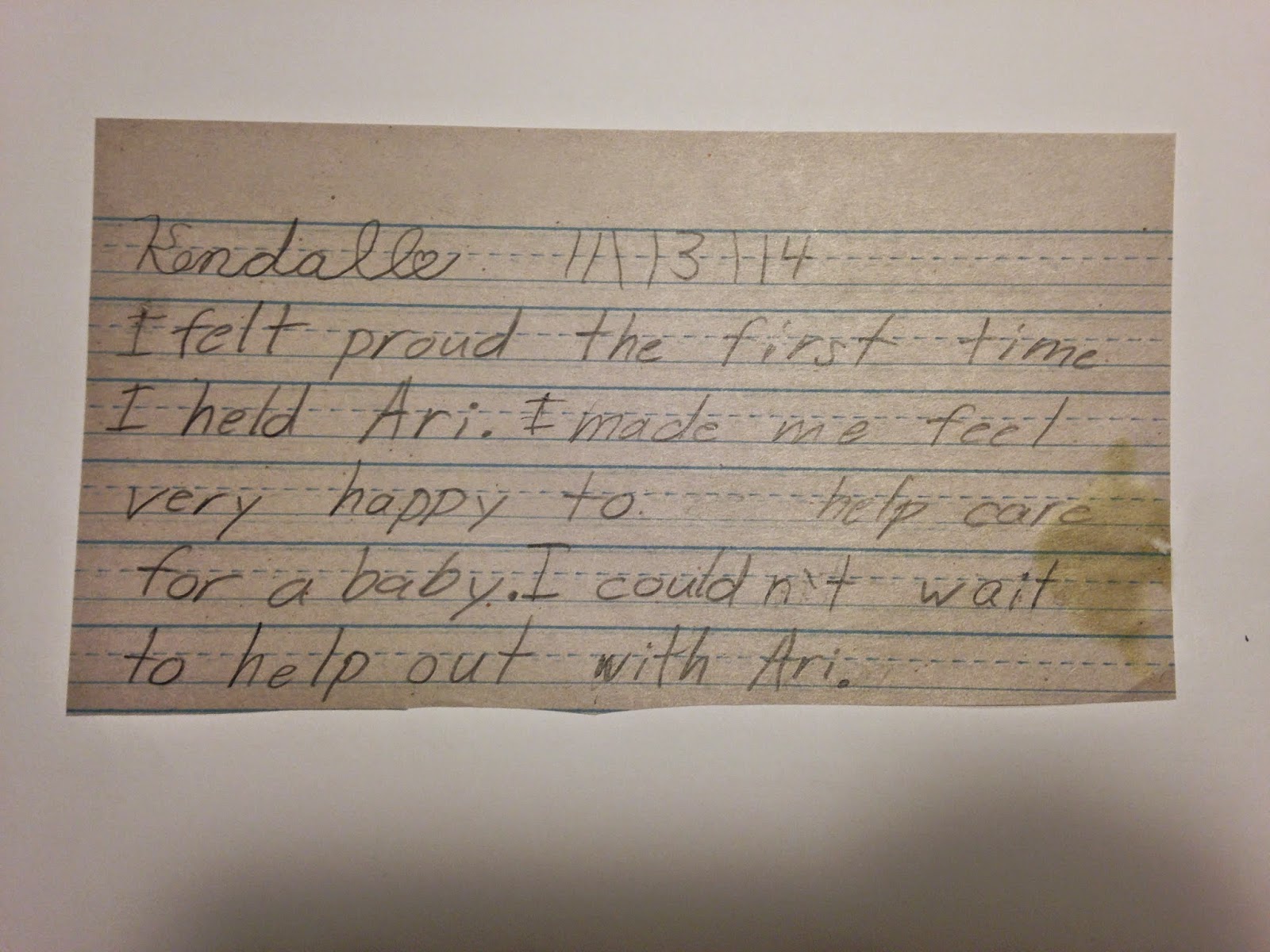 We continued onto spelling review and corresponding grammar worksheets and then onto math.

We zipped out to the library and market for an hour mid-day and then returned home for our 2 mile walk followed by a visit from our friends Patty and Lexi and then by Grandma and Popeye!
It was a busy early afternoon and Ari was so exhausted from entertaining that he went down for a 3 hour afternoon nap!  YAY!  This allowed us to continue our schooling reading a book about our Founding Fathers called John, Paul, George and Ben and then we read more about the American Flag.  We then read more from the Benedict Society as we snuggled on the couch. 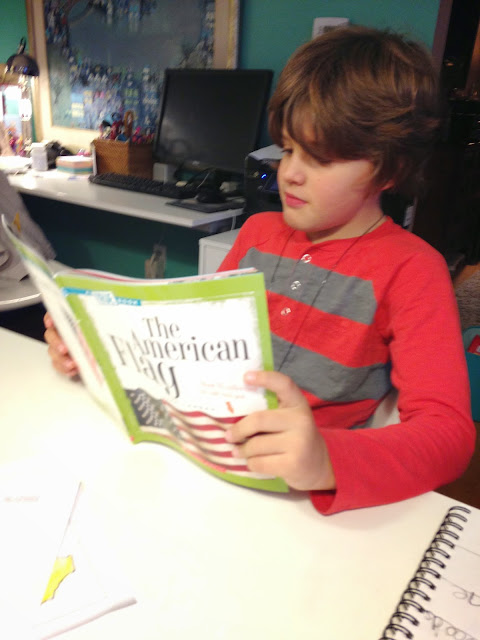 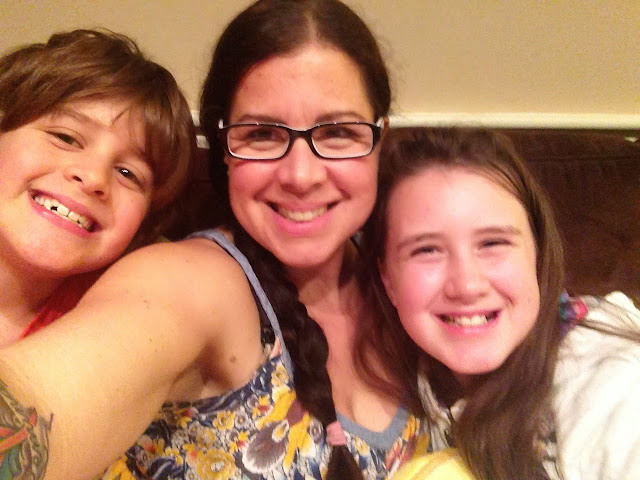 After this we moved onto a super cool watercolor painting project using plastic wrap.  Thanks SO much to Alisa Burke for the idea!!  The kids had a BLAST doing this and it was SO simply, easy and quick to set up. 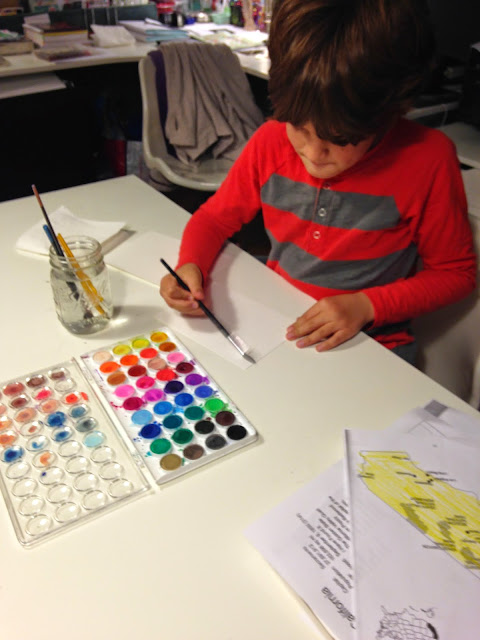 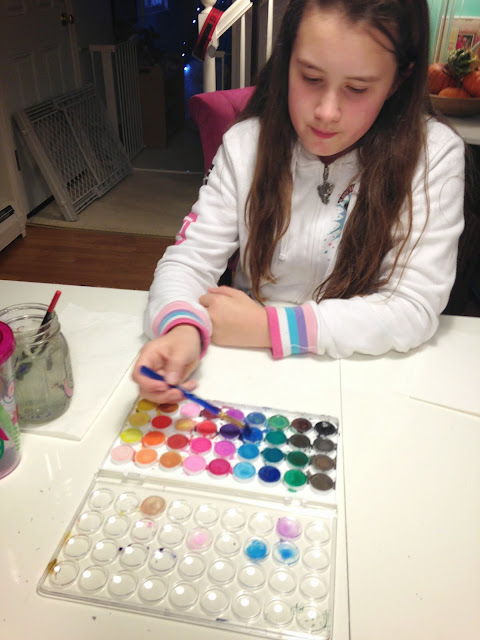 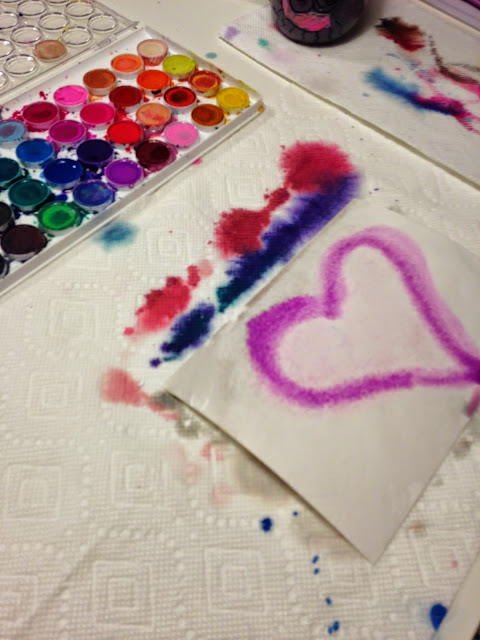 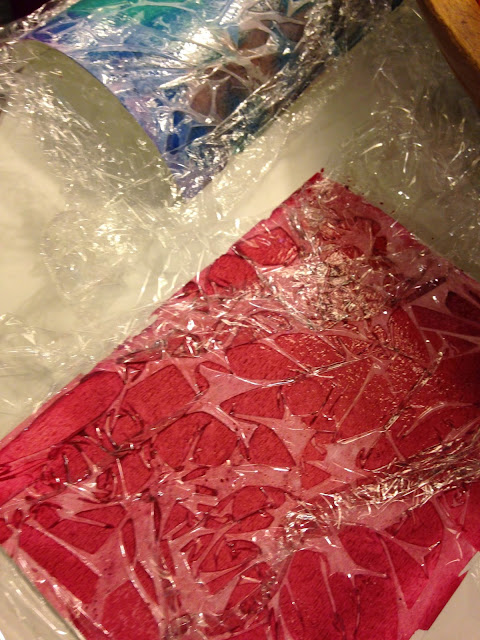 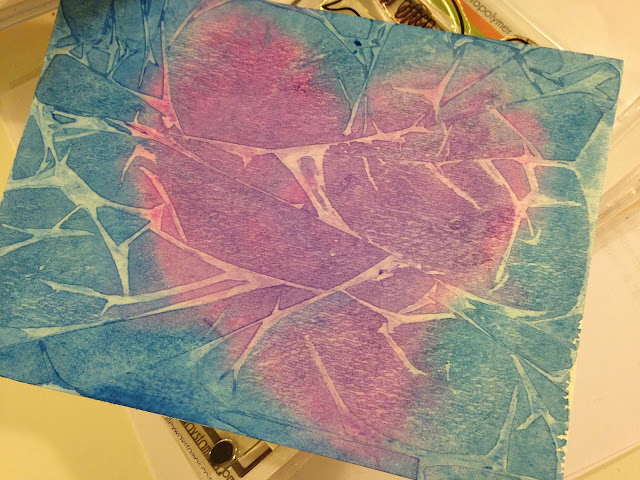 The kids wanted to make cookies so we found an easy mix at the store, a brand that I've used before and have enjoyed.  I wish you could have seen their faces when I told them they were on their own!  I said they could ask me for help but that they needed to figure it out.  And they did!!  They were so happy to eat the warm cookies that they made. 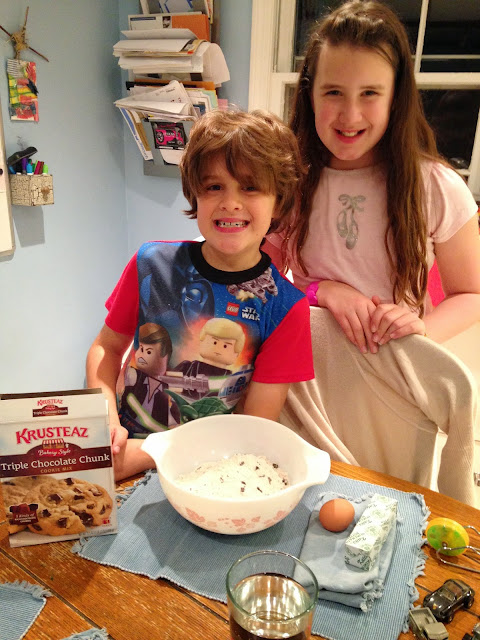 I allowed them to have some screen/computer time this evening after Ari headed to bed.  We then snuggled into my bed and read some Greek Myths and a bit more Benedict Society. 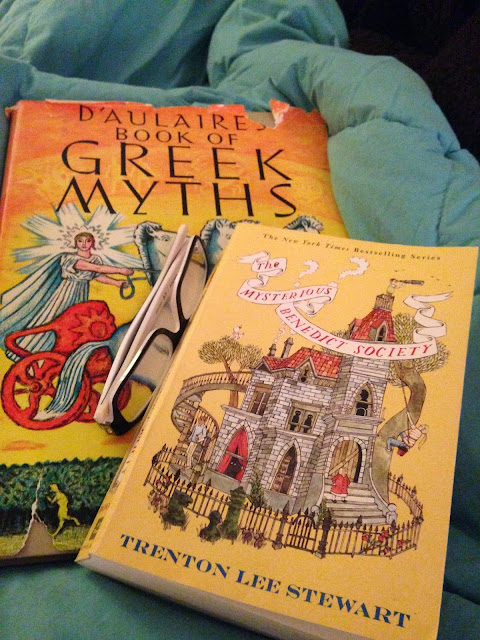