Yes, I think a little bit.  I tried very hard to push through it and I did for most of the day but I was definitely "blue" this morning which is very unlike me.  But, I rolled with it and did my best to look inward at what the source of the issue was and I think I put my finger on it.  It's not worth discussing here but I'm moving through it as it's a situation that I must deal with and will do my best to do so until I have to no longer.  It's an 'extended' family issue on my side - those of you who are close to me IRL (in real life) know what's going on and it's just getting to me.  It's not worth it letting invade my sacred space and time with my children.  So - I pushed through and we had a great day. 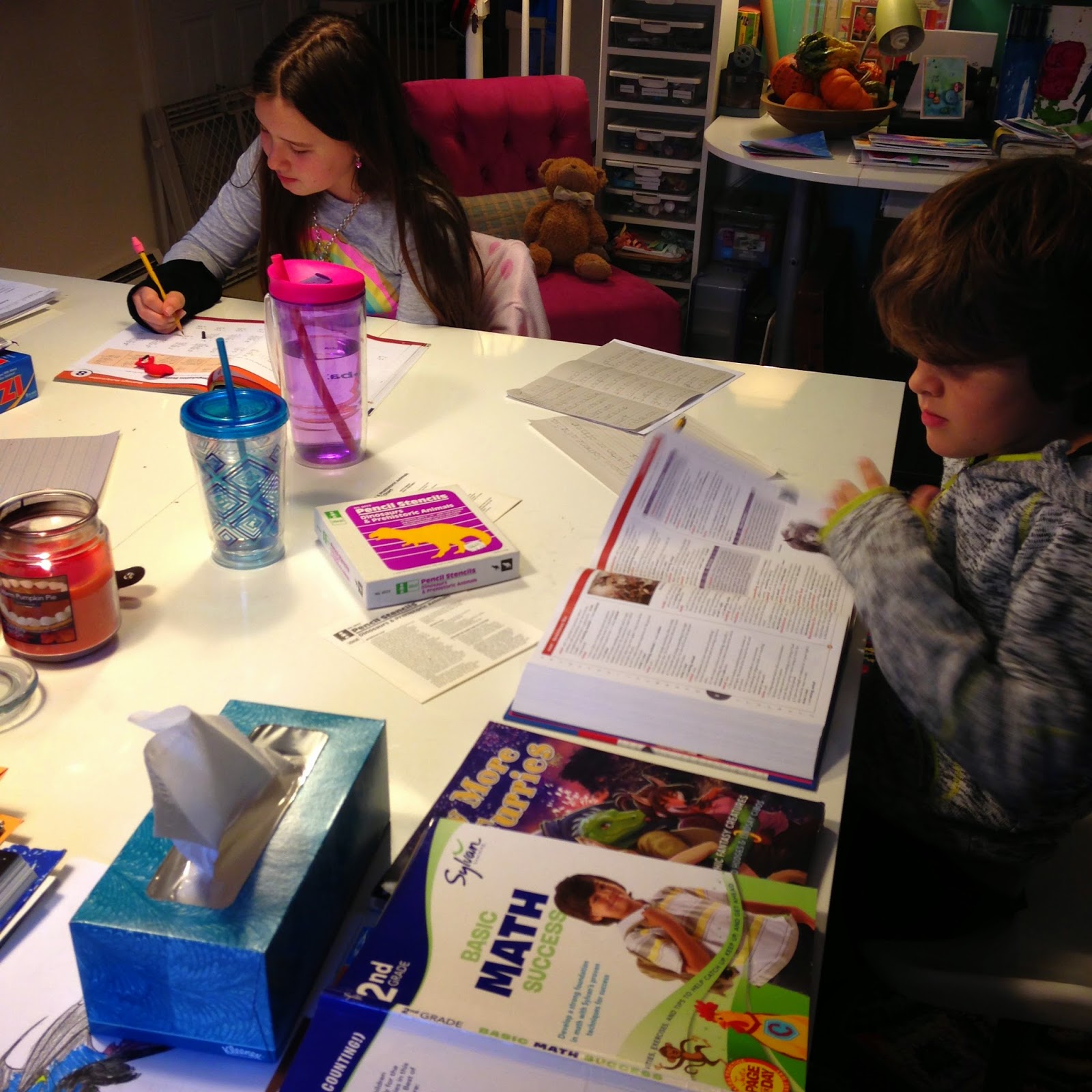 Everyone was definitely logi as it was so grey, cold and rainy.  A great day for staying in bed, not so great for being present in the classroom at 8 am! 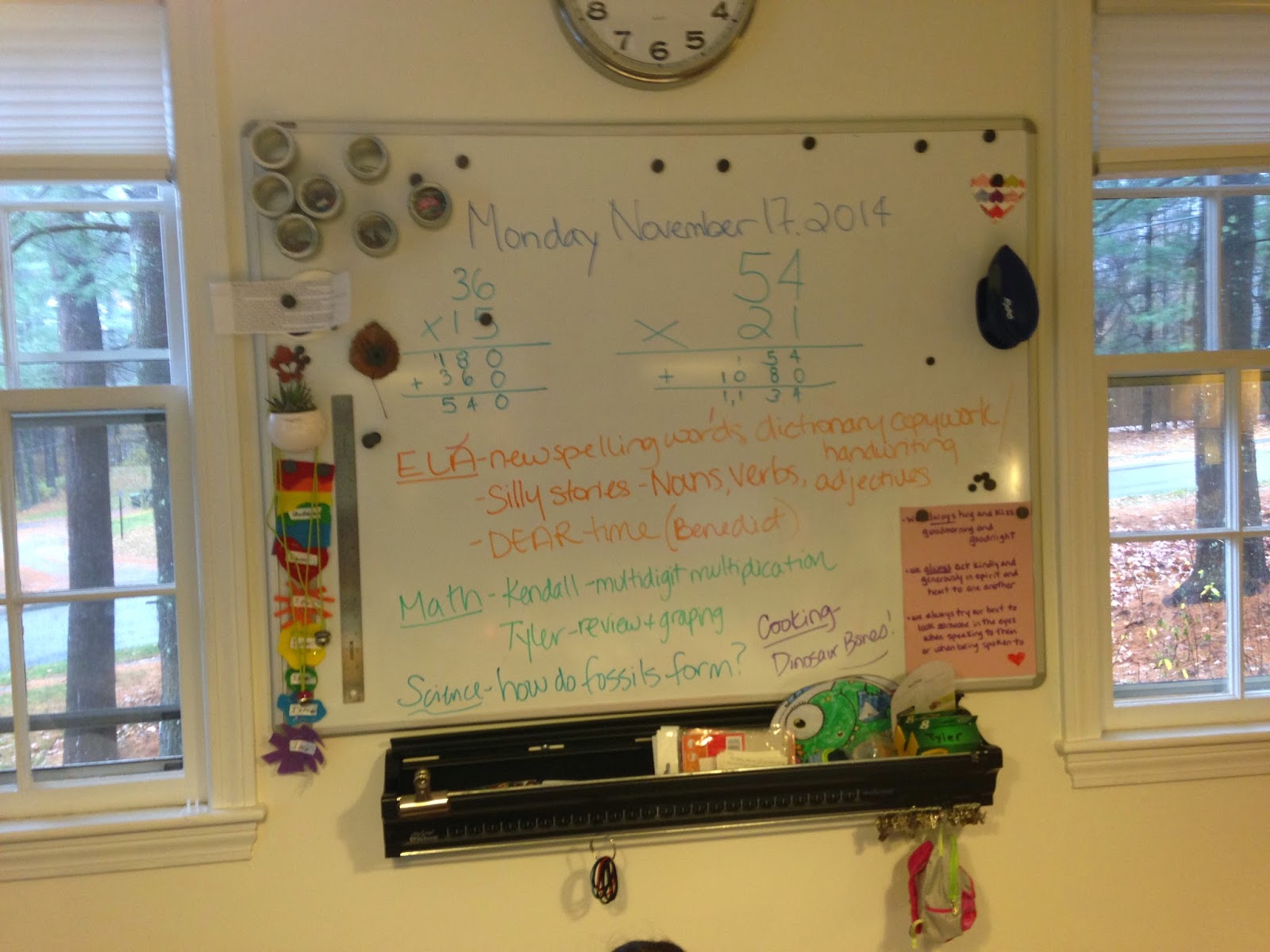 But here we were and we got quite a bit accomplished as we begin our new unit study on prehistoric times and dinosaurs. 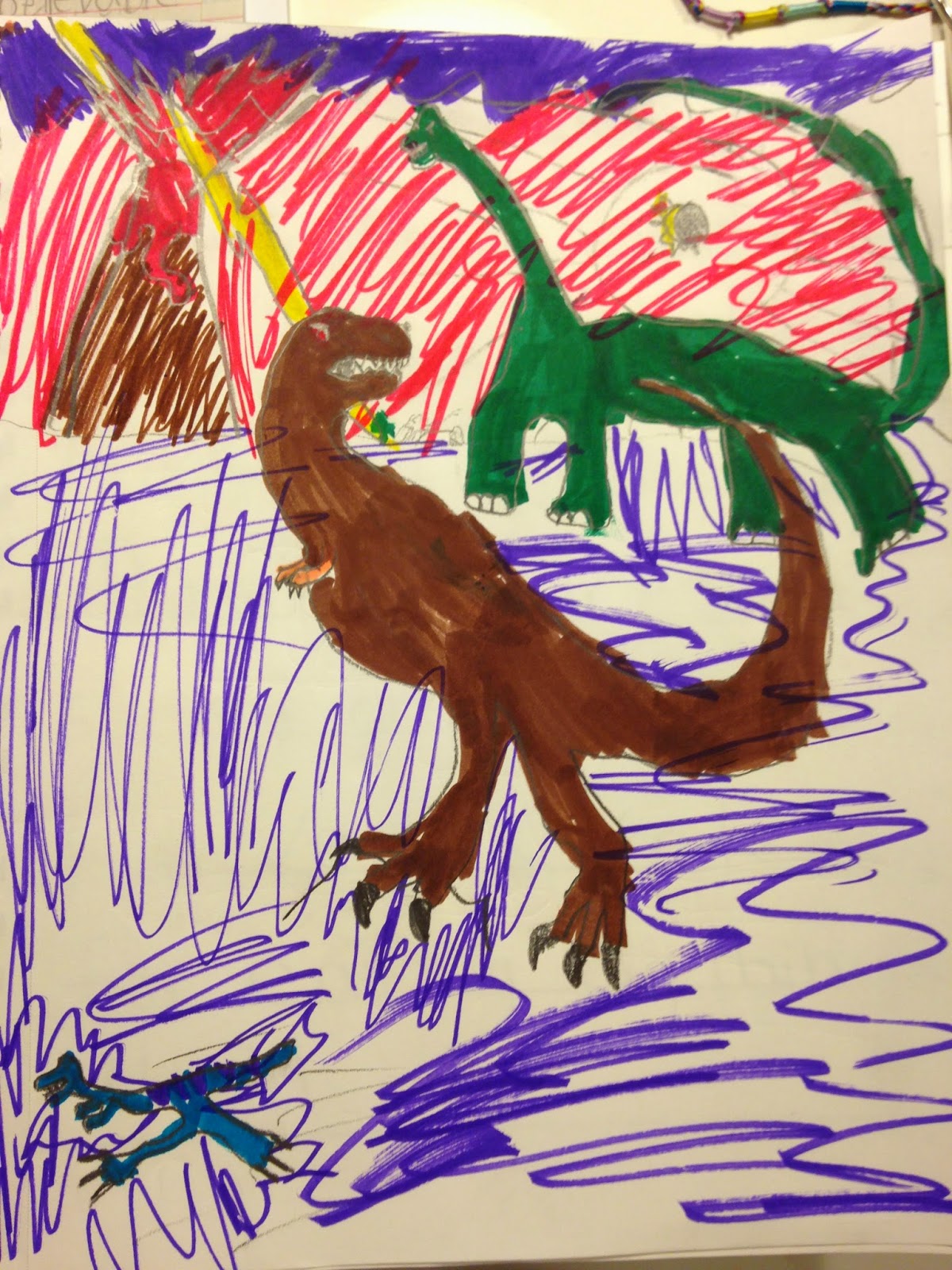 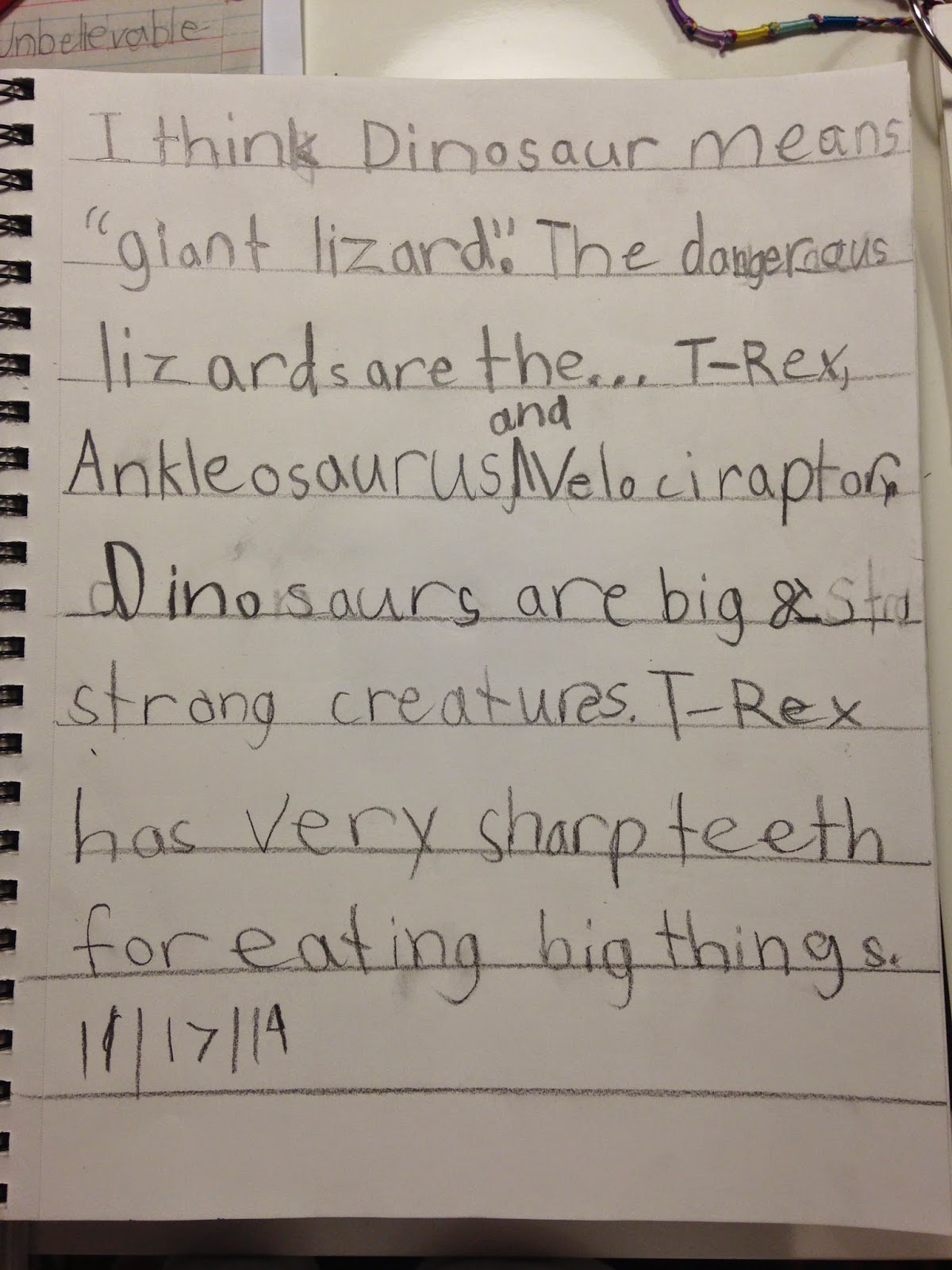 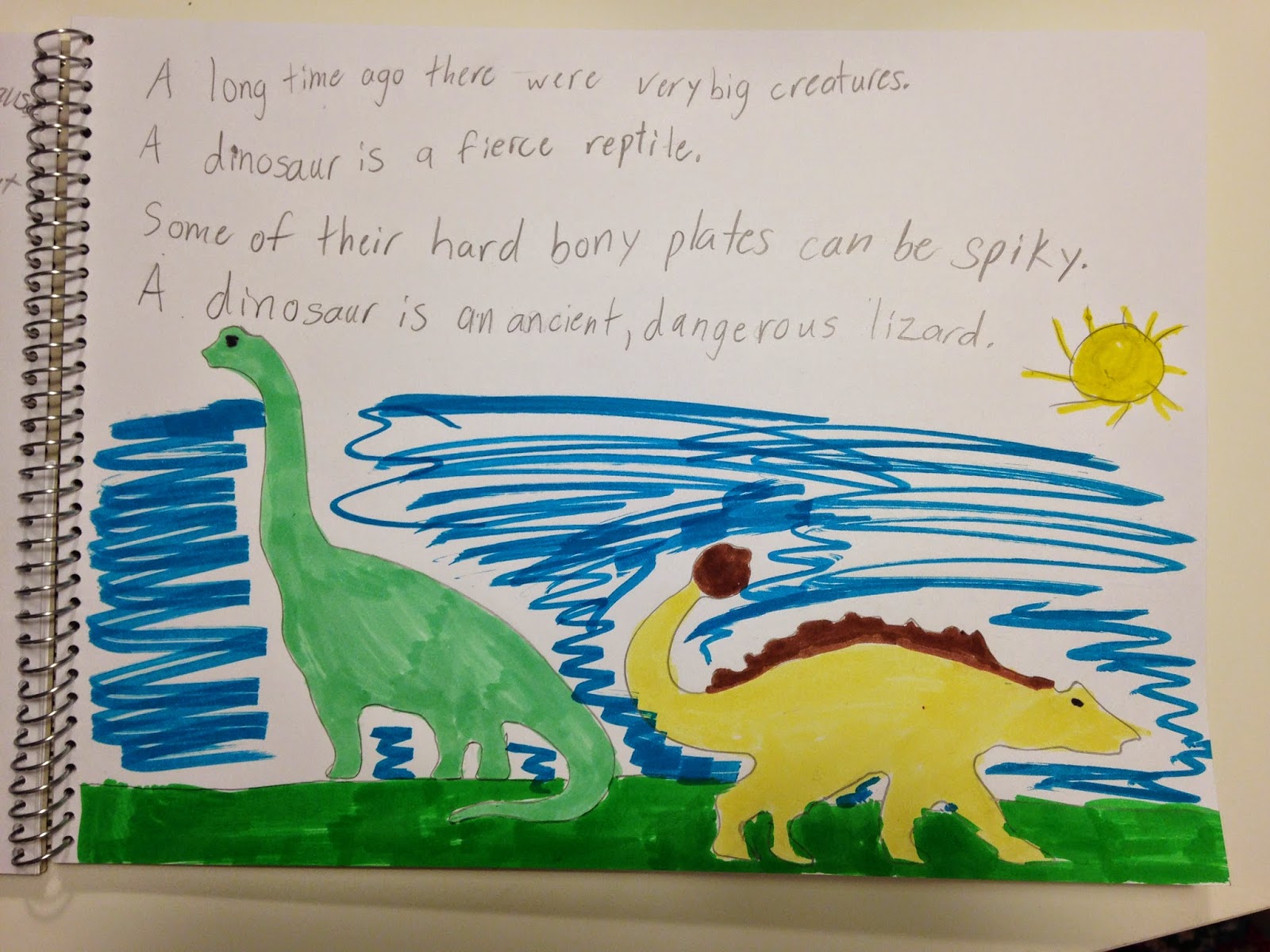 We started our day by writing a sort of loose poem about dinosaurs.  I wanted to loosen up the cobwebs from last week and just get the ball rolling.  Kendall definitely had a writers block this morning so we brainstormed and came up with some key words for her to use.  I then instructed her to just make basic sentences with the words we had brainstormed and see where that brought her.  After a bit of fuss she tried and was happy where her sentences brought her.  Ty sat down and immediately started drawing - this is usually how he starts.  Kendall generally starts with writing.

Ty simply free wrote - which was fine by me.

From here we did some dictionary copy work which incorporated dictionary usage and handwriting skills.  We read three silly grammar books: 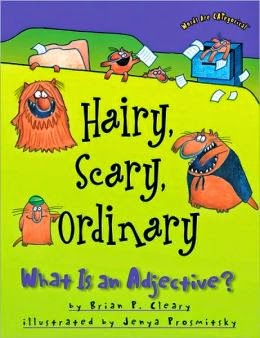 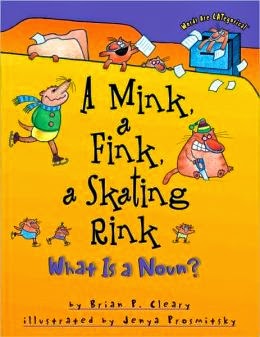 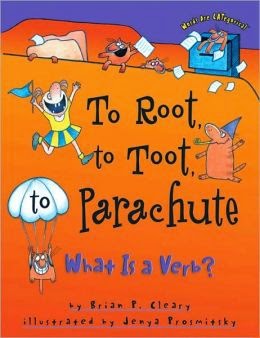 I showed Kendall how to multiply 3 digit by 2 digit numbers today.  It was a little slow going but she was definitely getting the hang of it and was very proud of herself when she had finished. 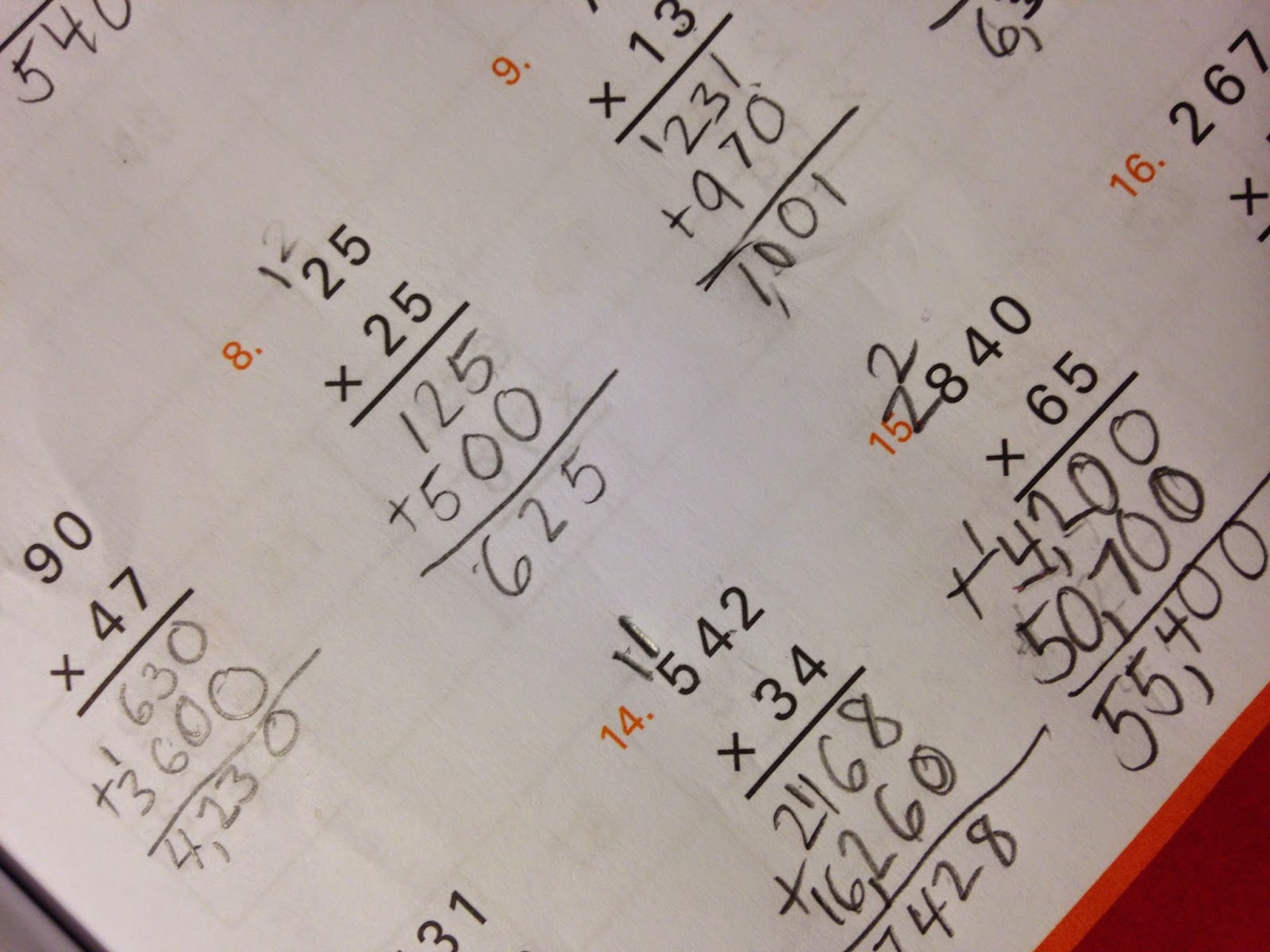 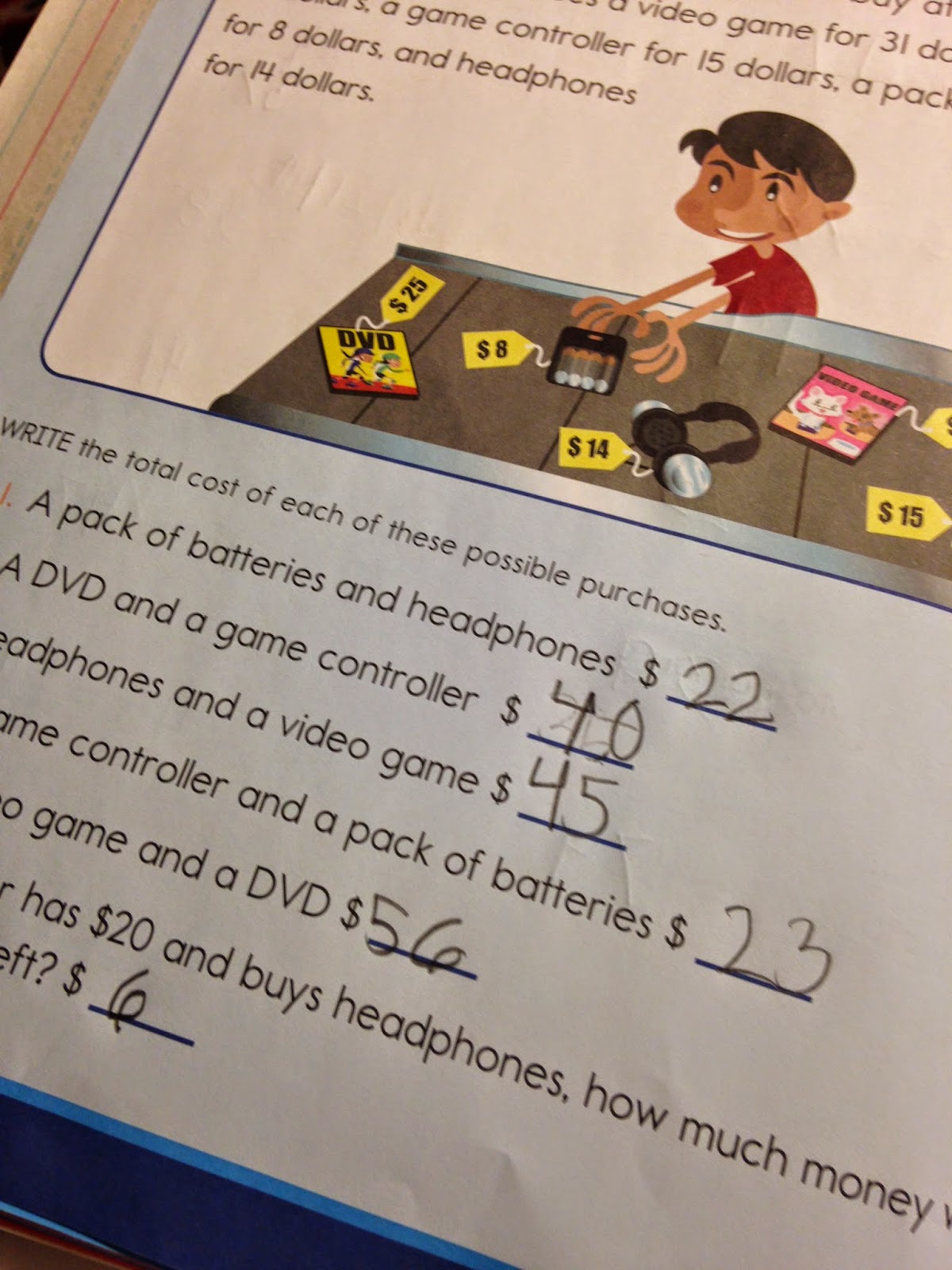 Ty worked on some word problems.  From here we moved onto a bit of science.  We discussed how fossils form - many of them on the floor of oceans, lakes, and rivers.  We performed a simulation to demonstrate this.  We started with a piece of white bread which represented the sand on the ocean floor.  I had the children place gummy fish and bears into the bread - this represents the animals/insects, etc that have died, we then covered this with a piece of wheat bread which will simulate the sediment that over time will cover the dead animal.  We put a piece of wax paper over the top, then a heavy plate and I place both children's experiments underneath a rather large planter that we have in our kitchen.  We are going to leave them for the week and see what happens!  I'll be sure to update here! 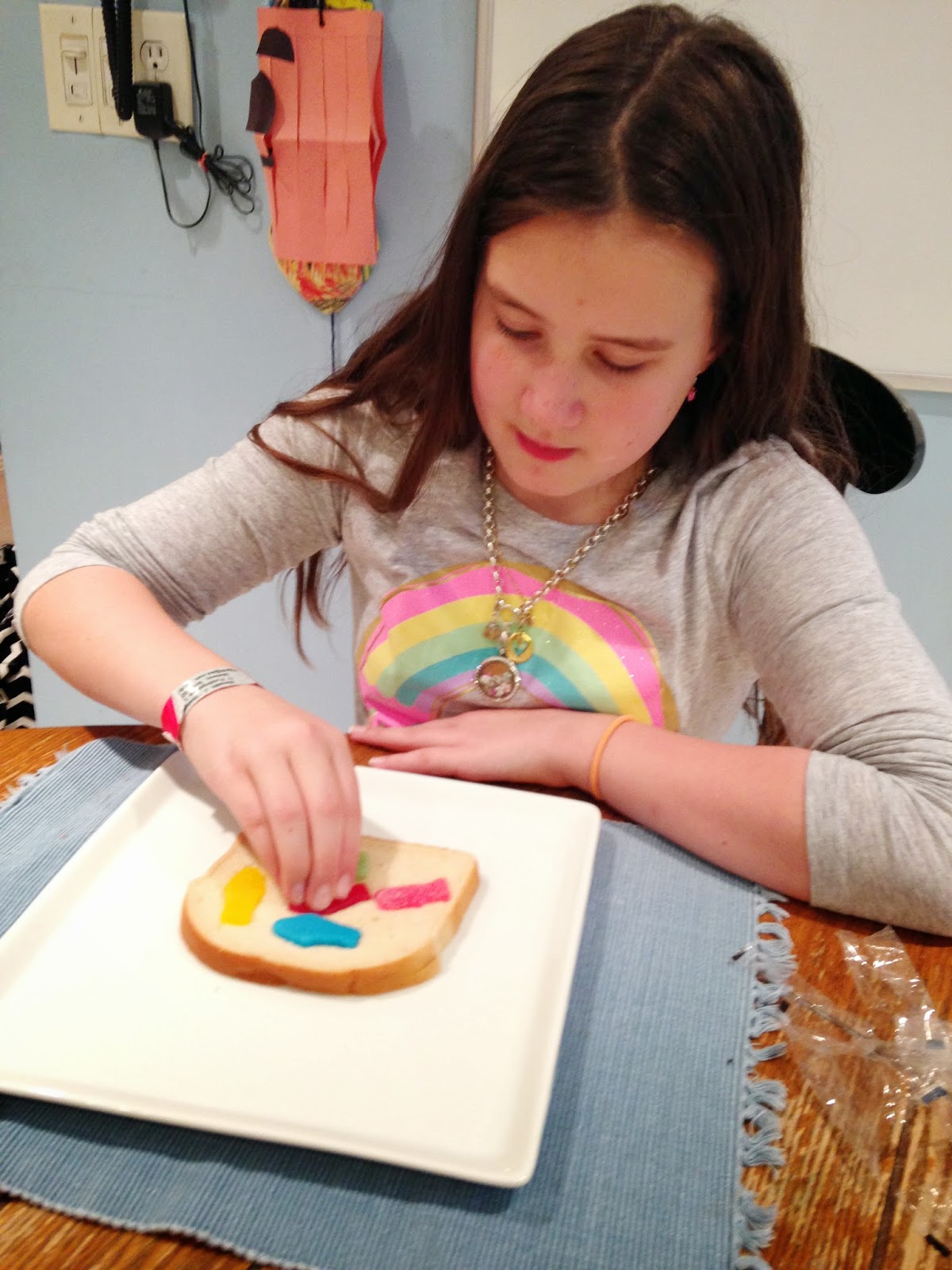 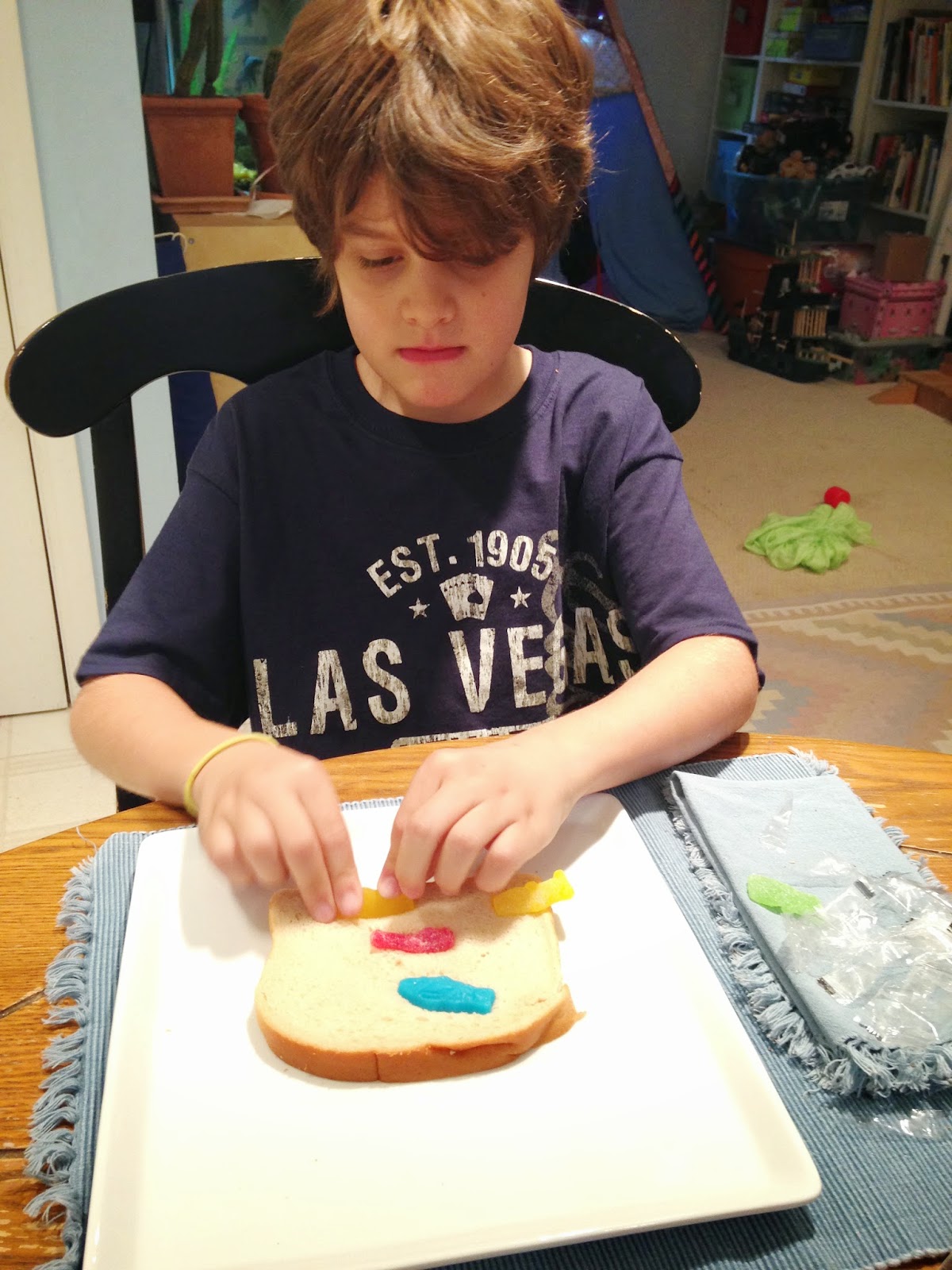 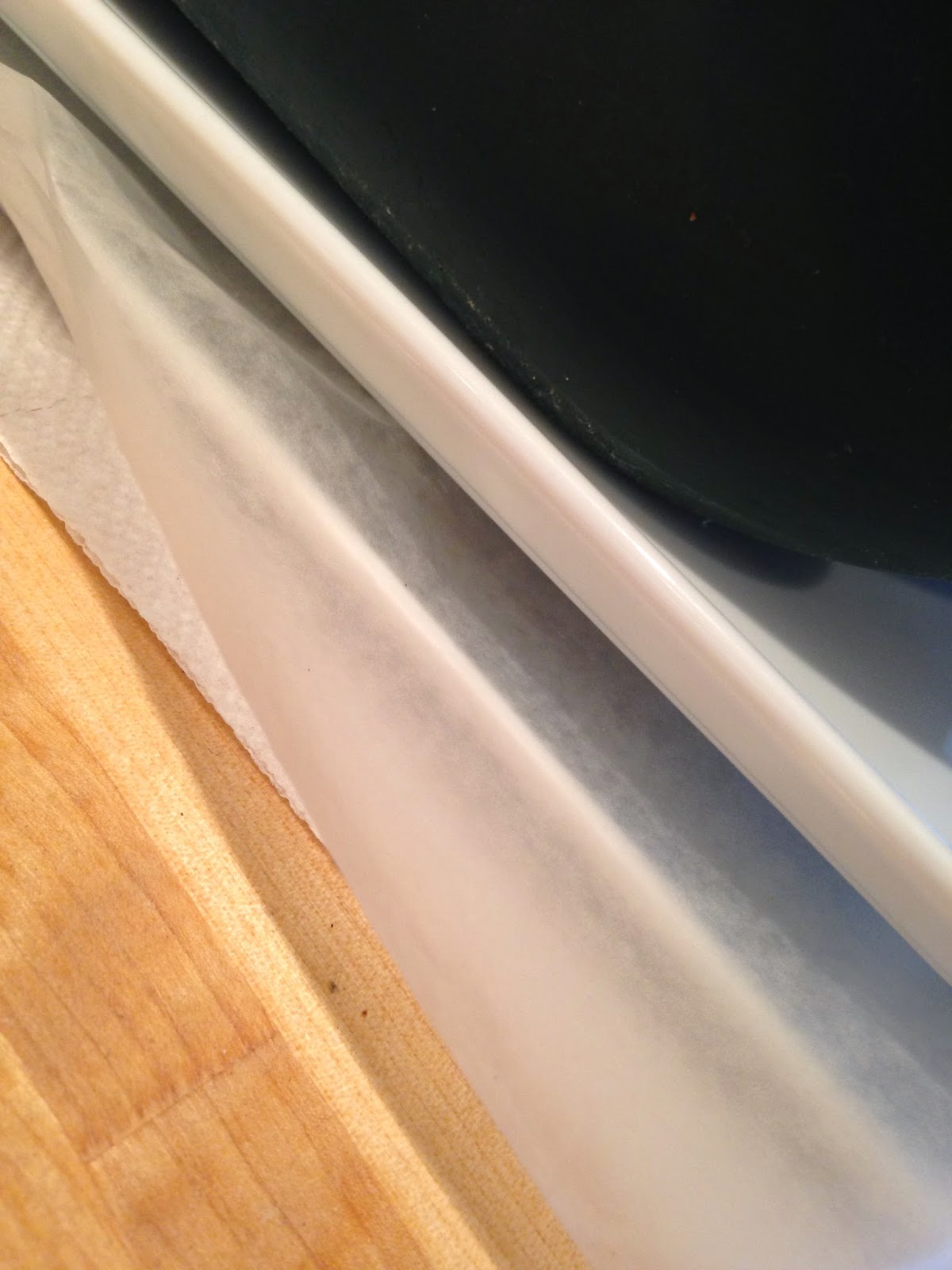 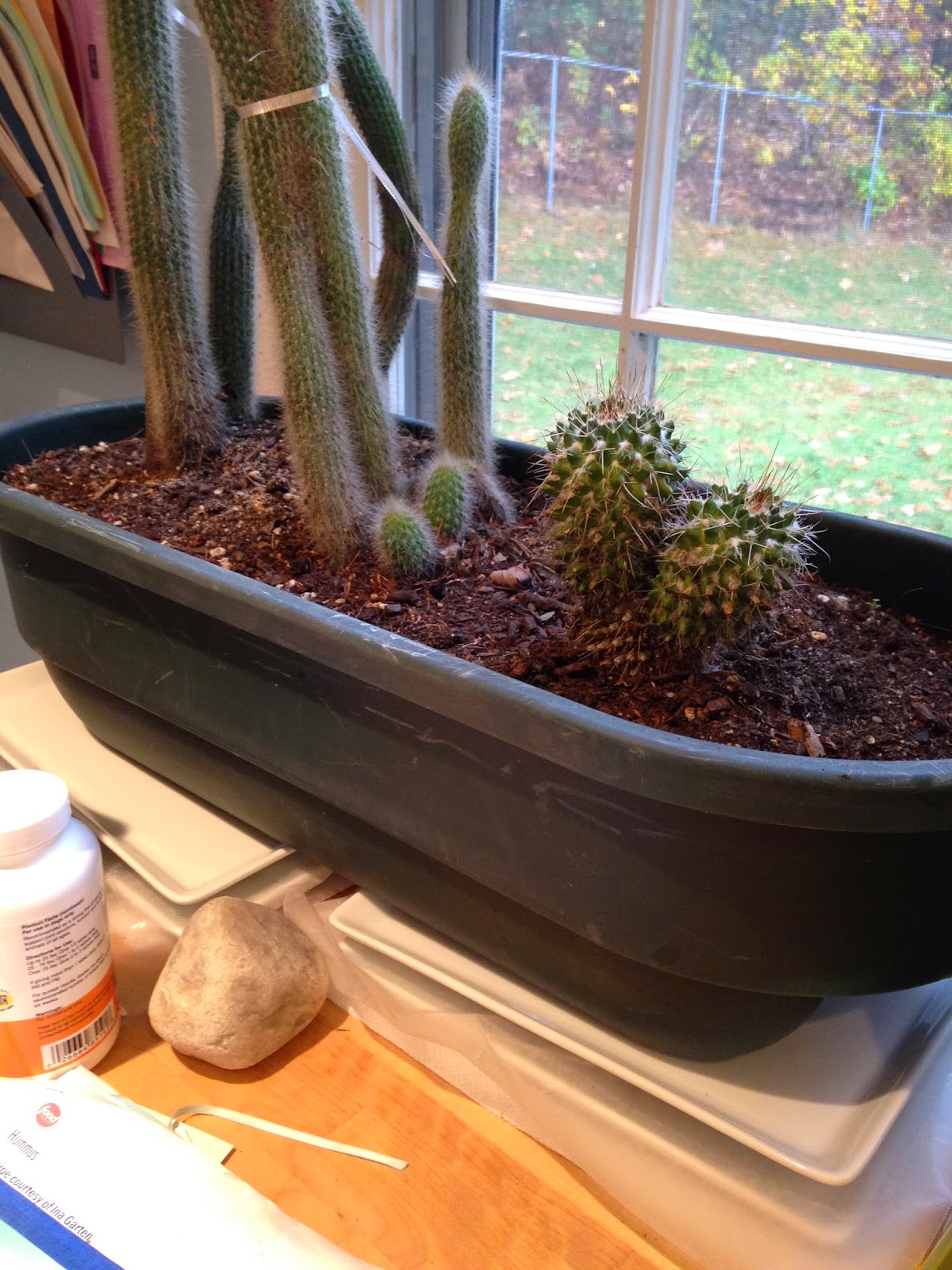 I had a fun and easy cooking project planned for the children.  I had them make dinosaur "bones" using small, skinny pretzel sticks, mini marshmallows and white chocolate.  YUM!  They loved them! 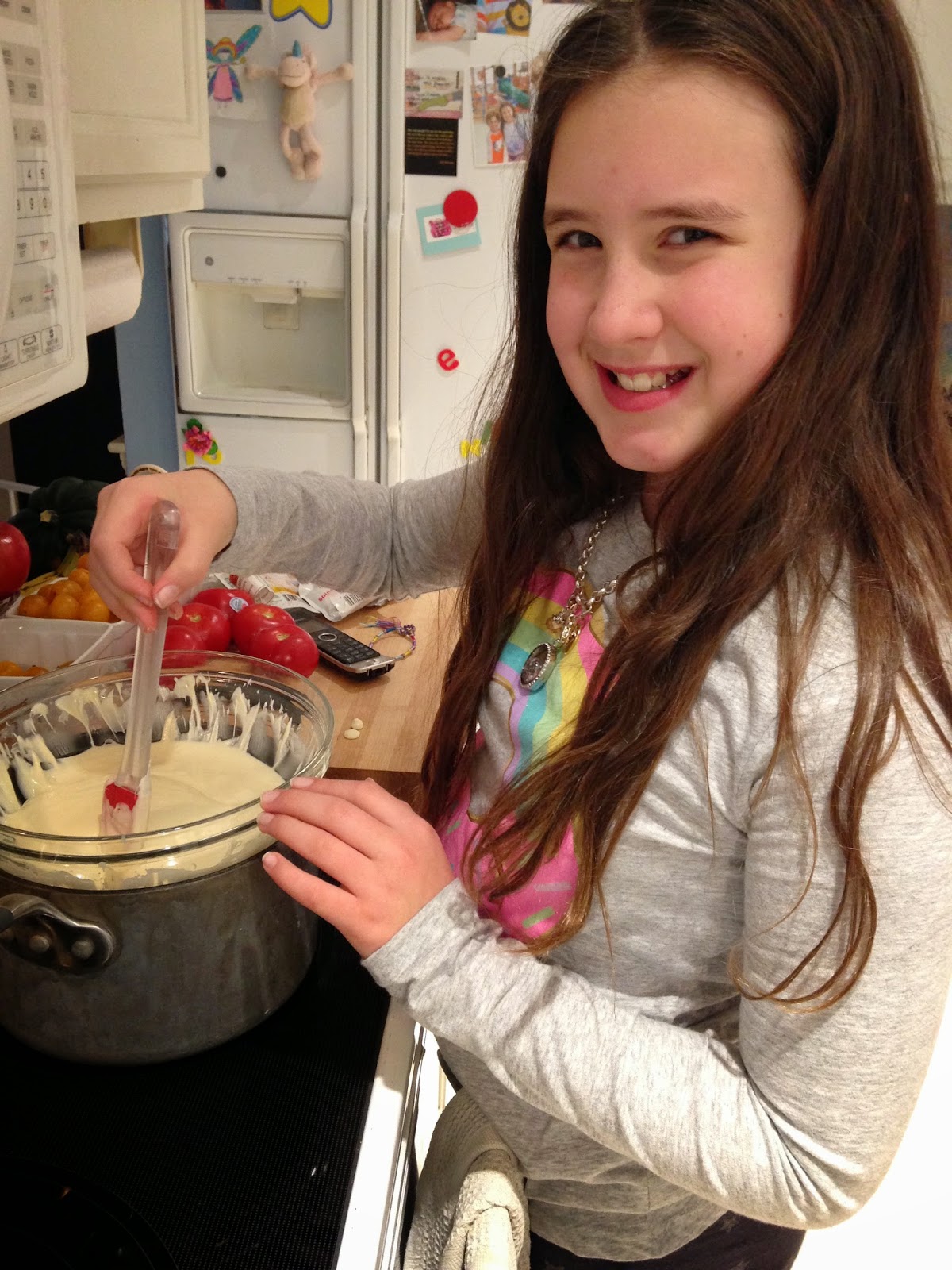 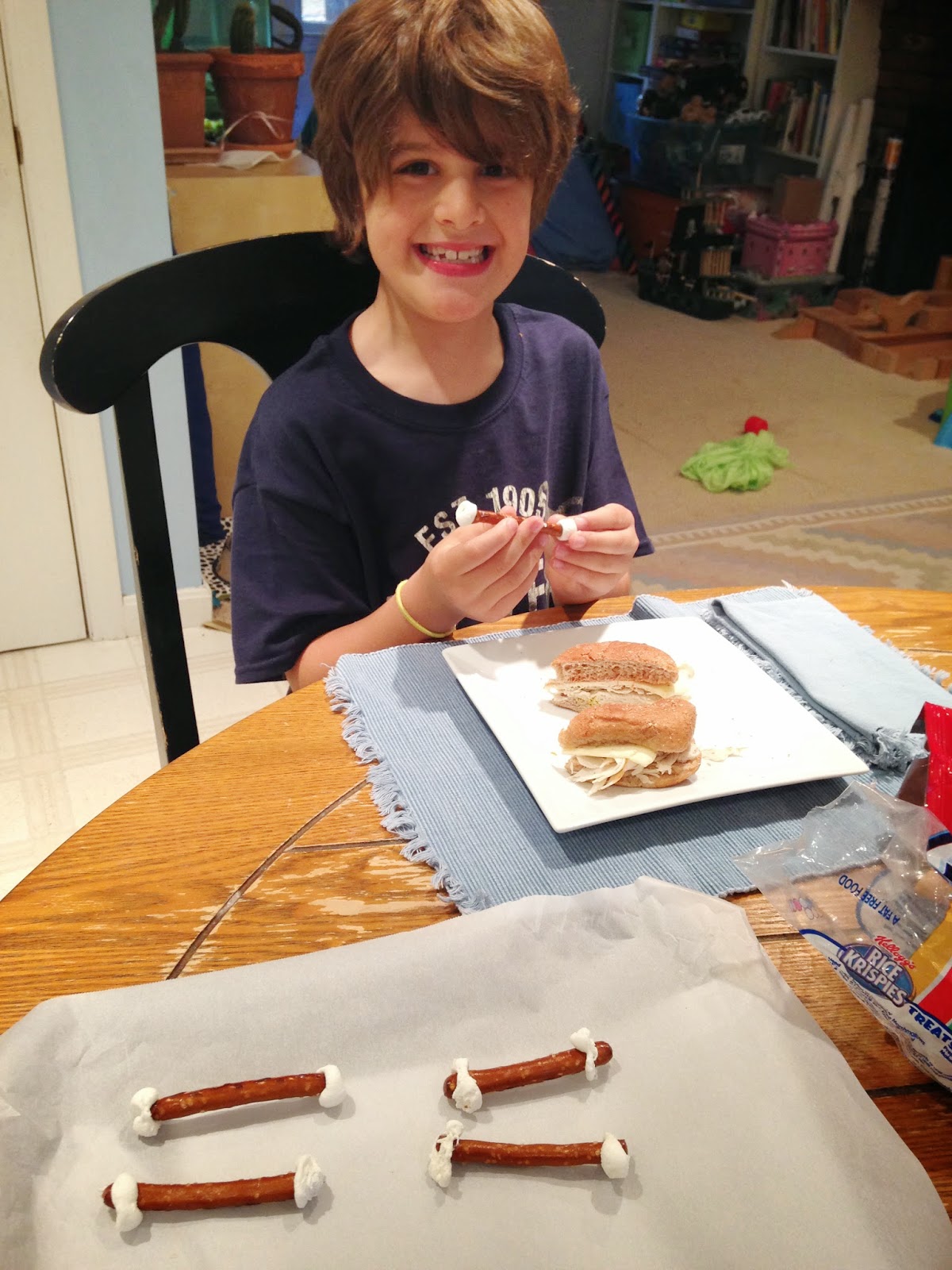 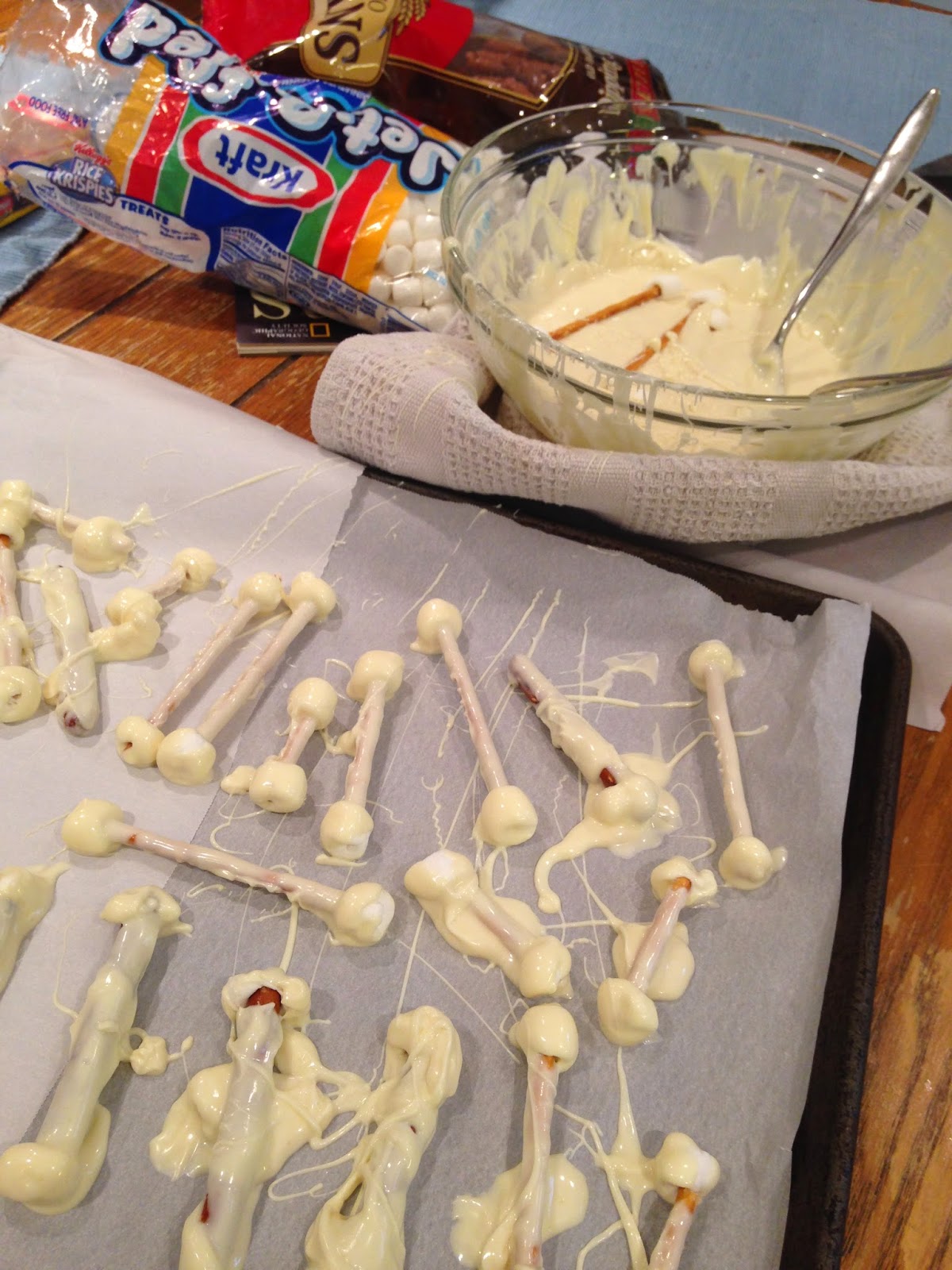 The kids then had lunch and we headed out for a couple of errands. 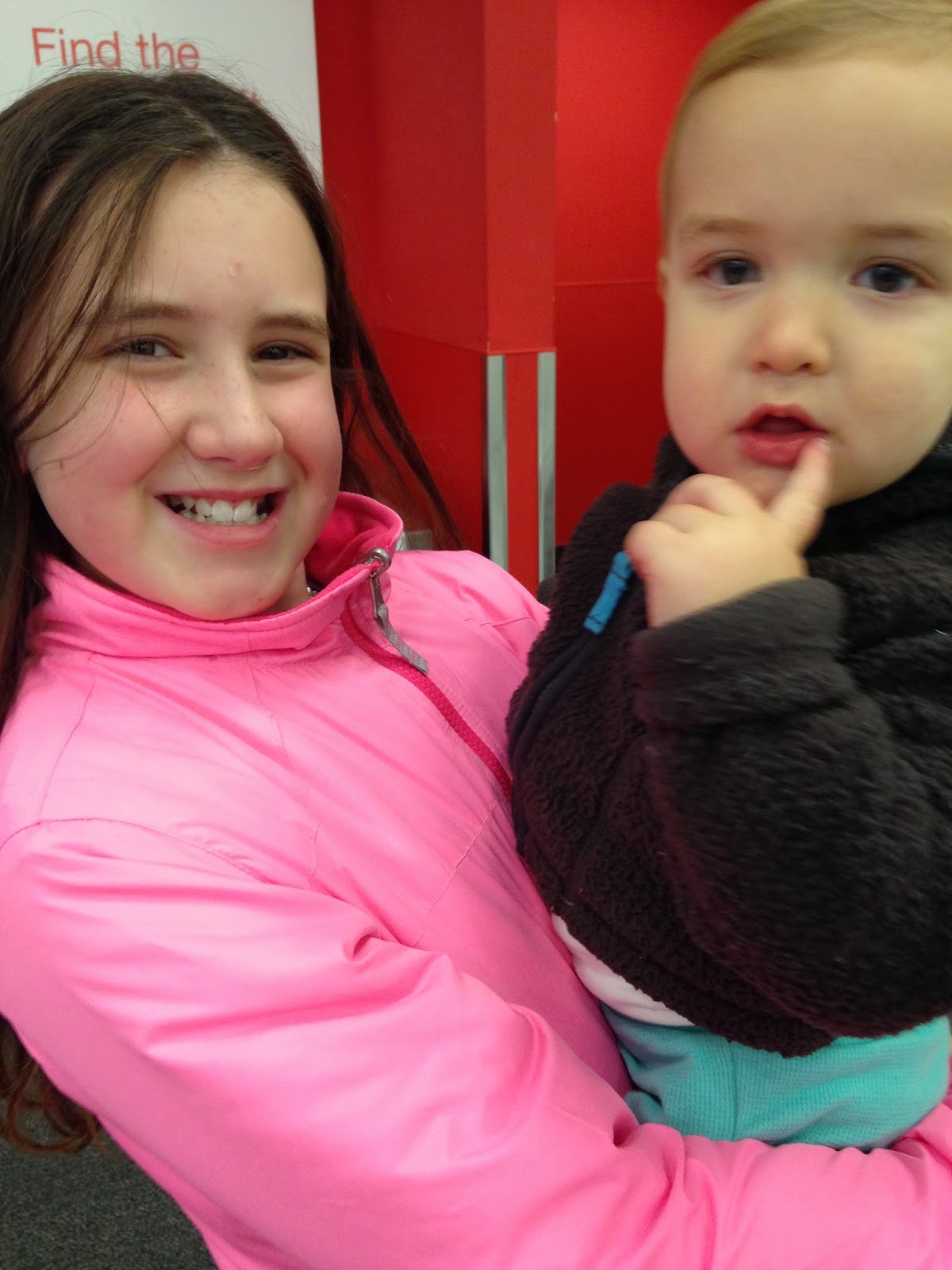 When we got back Ari went up to his crib for "rest time" - I don't call it naptime in the afternoon as he rarely sleeps but he will stay up there and remain quiet for about an hour which allows us to get another good solid hour of schooling done.  We snuggled together on the couch and read another chapter of The Benedict Society and then focused our discussion on the difference between eras and periods.  I broke down the Eras for them - Paleozoic, Mesozoic and Cenozoic - and within each the specific periods that make up those eras.  We then discussed some specific facts about the main dinosaur periods - Triassic, Jurassic, and Cretaceous.  By now it was time to get Ari, start dinner and get Kendall off to her evening sewing class.  Ian had a CRAZY day so my dear friend Carla drove Kendall to class as Ian usually does it because it is literally right at the time when Ari goes to bed.  Thank goodness for friends!!! While K is at sewing, Ty is working on a fantastic brainteaser puzzle that Kendall got last night from the tooth fairy!  She lost not one but two teeth yesterday morning!  CRAZY!  And now, it's time to call...the orthodontist!!  Wish me luck on that one!! 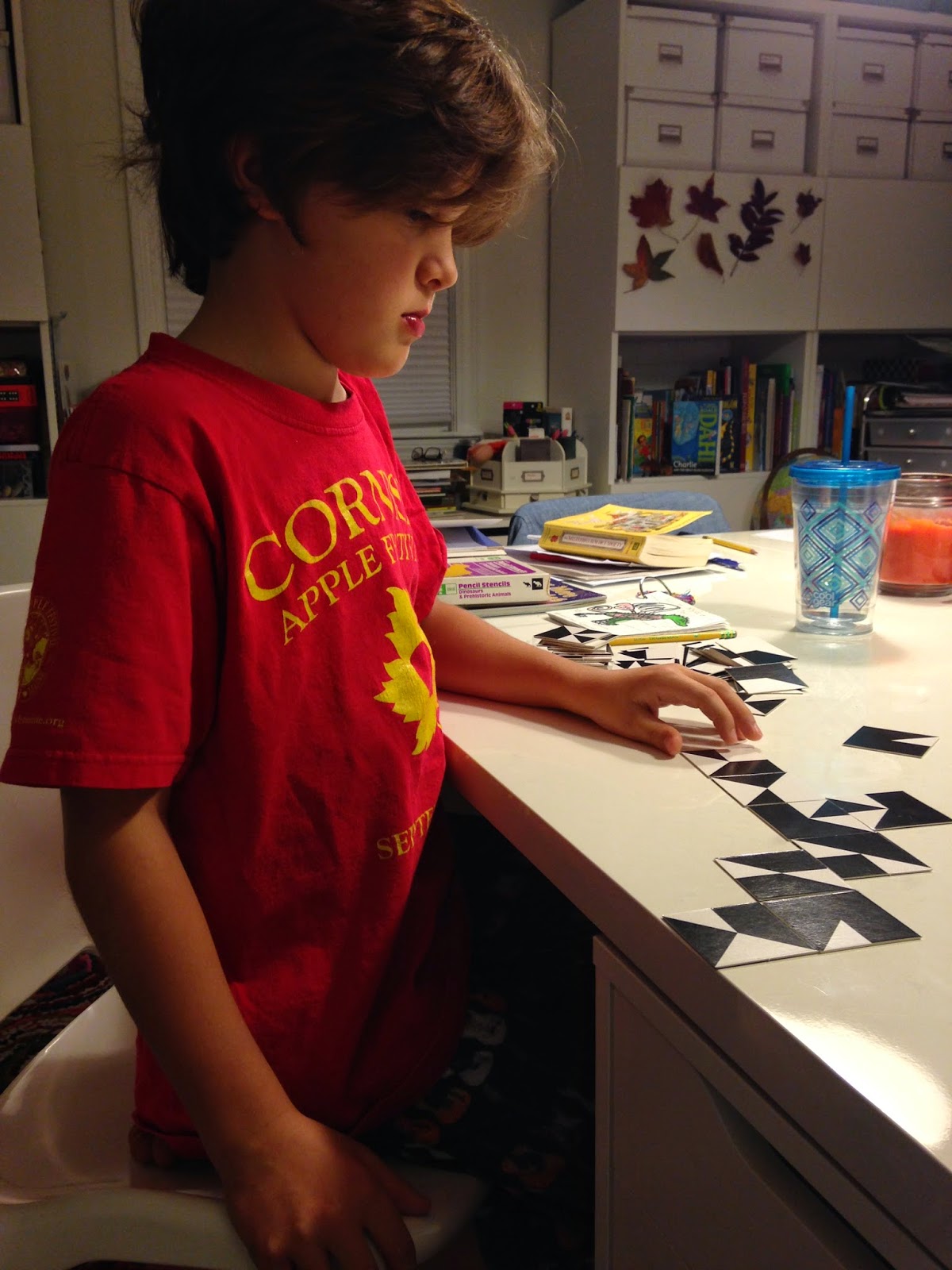 Until tomorrow!
Posted by CraftyMomOf3 at 7:07 PM